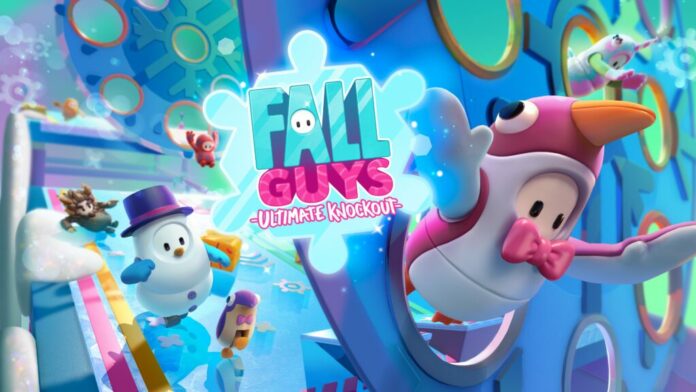 During The Game Awards, there were a number of big reveals, including the latest Smash Bros Ultimate character addition.  One big drop was the world premiere of the trailer for Fall Guys season 3.  The trailer showed off the newest themes that will be used in the game as well as revealing the December 15th release date.

What Will Fall Guys Season 3 Be About?

Based on the trailer this newest season is based around winter! The levels are all snowy and icy while the characters themselves are pushing big snowballs.  There was even a sneak peak at what could be a new level based around a baby penguin and the player needs to keep ahold of the small animal, Mario 64 players may feel some nostalgia there.

"Season 3 will add 7 new levels, 30+ news skins, and 'many more festive surprises yet to be revealed'. IGN will be exclusively revealing some of that new content later this week, so make sure to check back with us."

There are also a number of new costumes on display that fit with the winter theme of this new season. There is a penguin costume, because who doesn’t love penguins?  There also appears to be a warm winter coat, and the Nutcracker?  All we do know is that Fall Guys themselves have confirmed that Season 3 will have seven new levels, more than thirty new skins, and other festive suprises.

Fall Guys has been a hit game in 2020 for Mediatonic (the studio itself confirmed the game has sold 11 million PC units), thanks in part to its popularity with YouTubers and Twitch streamers.  With each new season, the developers have been adding to the game to continue providing players with a fun and ever-changing experience.  Season 3 embraces winter and will be a paradise for those of us that love the ice and snow.  With such a high-profile trailer drop it will come as no surprise that Fall Guys has once again become the talk of the gaming community with the buzz for season 3 bringing some momentum back to the game which had lost some casual attention in recent times.

PlayStation Plus Combines With PS Now in New Subscription