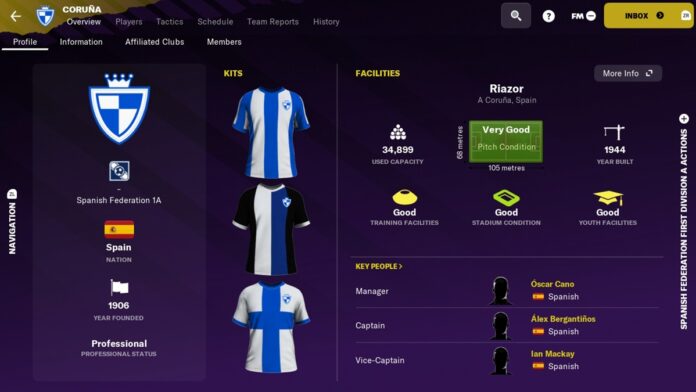 Sometimes it’s nice to spice up a Football manager save with some added restrictions. In this article, I will be detailing some FM23 challenge ideas that I have used or come across during my time playing the game.

This will be different from my previous article that looked at specific teams who offered a challenge.

In this challenge, the goal is to have a winning team composed solely of homegrown academy graduates. To succeed with this takes a lot of care and patience as you’ll need to make money to improve youth facilities and hire better developmental staff as the game goes on.

For an added challenge, pull this off in a country that mandates release cause being put into contracts so your top prospects can be whisked away at a moment’s notice.

You Can’t Win Anything with Kids

Similar to the last one this challenge involves winning with players under a certain age. This is a slightly easier twist on the previous challenge as you can buy and sell players to improve your team instead of waiting for new players to develop, bit it’s still not ideal seeing your star striker leave because he’s gotten too old.

Pick any age limit you’d like for this challenge but maybe make it fun like a team in the MLS comprised entirely of players who legally can’t drink yet.

Unfortunate name aside this is a tough task. Essentially, much like poor Ajax in real life, your club will be raided every summer and your best players will depart. In previous iterations of FM this has been known as a Southampton challenge but given Ajax’s recent outgoings, they are more fitting of this spot.

Again you can pick your own limits, maybe sell off your three best players every summer and one top prospect, or one of each. This will test not only your ability to scout replacements but also your ability to trust young players to replace the top stars.

By now most people will know about Red Bull’s presence in football. In this challenge it is up to you to take the helm at each available Red Bull team and win a championship with them. While this may be easy with a team like RB Salzburg, the task becomes more difficult when taking on Bayern Munich as RB Leipzig or trying to bring success to RB Bragantino in Brazil.

A challenge as old as time but in this one you take over a team in the lowest league and take them to the very top. This challenge is toughest in England as that has the most league depth available in FM23. England or not, this is a difficult and relentless challenge that will test even the best of the best.

Leave your comments in the comments section below and let us know your thoughts! What do you think of our challenge ideas?