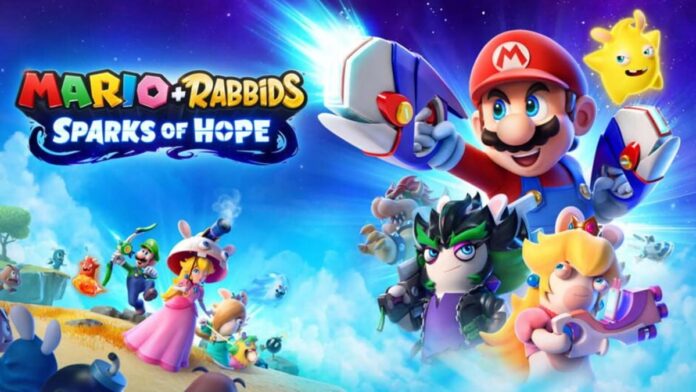 It is Christmas time which means gift-givers will be stuck with the dilemma of wondering what to get the video game player in their family. I have decided to make life a little easier for everyone this year by putting together this list of the best video games to buy this Christmas for people of all ages and fans of all genres.

For the Nintendo Fans – Mario + Rabbids: Sparks of Hope

While we all wait with baited breath for the next mainline Mario game, and the next Zelda, the Nintendo icon did get a great new release recently. While the return of Mario Strikers went down like a lead balloon, Mario + Rabbids continued to deliver the fun.

With some necessary tweaks made from the original and the fanbase more dedicated than ever, Sparks of Hope is a must-try this Winter.

The Pokemon series got a new addition that changed up the tired old formula of the recent games. Scarlet and Violet incorporated elements of Pokemon Legends: Arceus and mixed with the standard Pokemon game story of defeating all the gyms.

While FIFA 23 is the obvious choice I think Football Manager 2023 should be in the conversation. The game is as good as it has ever been, even for Switch players. While FIFA may take the headlines, you can’t look past Football Manager this year. Just be warned, whoever you gift it to may lose all of their free time.

For Fans of Action Games – God of War: Ragnarok

The return of Kratos has been met with widespread acclaim. The revival of the GOW series has seen the series go from a profanity-filled, larger-than-life, hack-and-slash about killing gods to a more story-focused action game.

While the game hasn’t got the edge it once did the games are as fun as ever with the fun combat being interlaced with storytelling prowess that keeps things interesting.

This year we saw the Sonic series receive its first major shift in years. Sonic: Frontiers took the speedy hedgehog and placed him in an open world with an endless amount of content awaiting players.

While it isn’t a perfect game, this is a shakeup to the established trope of the series and one that many people have enjoyed.

This year was a huge year for the Persona series as the Atlus title made the jump from Playstation exclusive title to the Xbox and Nintendo switch. A whole new audience of players have been wowed by Persona 5 since the re-release.

For any JRPG fans you may know this is a cant-miss release that will provide them with hours of content.

Elden Ring blasted onto the scene this year and has won awards left, right, and centre. The challenging game will put even the most dedicated players to the test thanks to its incredibly difficult combat and breathtaking world.

For Those Looking For Something Different – Cat Cafe Manager

Maybe you know someone that’s tired of AAA releases, or they’re just a cat person. Whatever the reason, Cat Cafe Manager is one of my favourite releases of 2022. It’s got a charming sense of humor, a unique identity, and some strong management-sim gameplay.

What do you make of our list of the best video games to buy this Christmas? Any additions you would make?