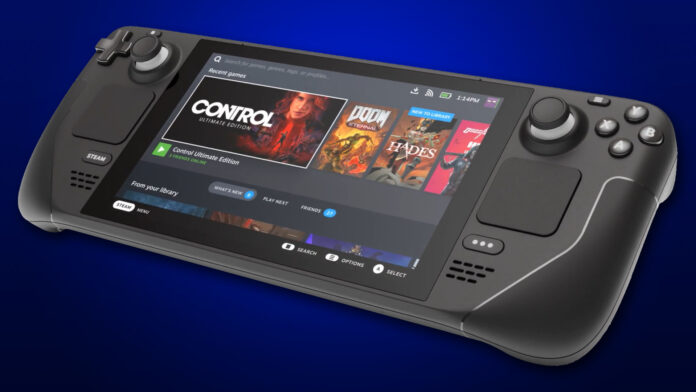 The Steam Deck is a long-awaited console that promises to run many games which you could usually play on your PC via the Steam program. But is the Steam Deck hype justified? Read on and find out more about the new gaming innovation which is carefully being introduced.

A Step into the Unknown

Although a new step into unknown terrain for Valve, many gamers welcome the Steam Deck idea with open arms. February 2022 saw the console make its way out into the world –  slowly but surely.

Similar to the Nintendo Switch the deck can be used to play games on the big screen or in handheld mode.  True to its name, Steam games are playable at reasonable rates and speeds.

But is the hype surrounding it justified? I believe so. It makes a lot of games that were previously not available on handheld consoles open to such a prospect. However, there was a reckless sense of hype long before this system was released.

After its release date delay, lots of gamers will be much more impatient and will pounce at the chance to cop one of these gaming machines.

Those first in line for one of these machines – who were required to sign up last summer – will have the first dibs on it. The prices range from $399 to $649 depending on what version you pick up.

The specs of the Steam Deck are currently up to date. An AMD Zen 2 CPU with a clock speed of 2.4 – 3.5GHz. The 7-inch touch screen makes it all the easier to use on the go. Bluetooth and Wi-Fi connectivity adds to its features.

What Games Can Steam Deck Run?

Games such as Valheim, Fallout, Psychonauts and several more are to take part in the Steam Deck’s introduction. The latter games have all been approved as Steam Deck-compatible allowing it to run easily.

There will be more games than just that, with a massive library available on Steam.

The Steam Deck is an amazing idea. A portable PC has always been in the dreams of many PC Gamers looking to game on the go – but will this really go well?

The answer is that gamers are right to embrace the hype- but not too much. The great reception it got months before release could be both healthy and unhealthy. But looking at the brighter side, it looks to be an amazing way to play.

So, do you find the Steam Deck hype justified?

It’s not a console, it’s a handheld PC…

Fair point. Right now I feel it’s too expensive for mass appeal. The lower priced version is fine but the cost then adds up when you need memory cards as well. It will get better as they revamp it but I wouldn’t buy it now when they are likely to bring out a refreshed model in the next couple of years. It’s brilliant , that’s not an issue but still flawed enough to be worth waiting a little longer for it to be better.