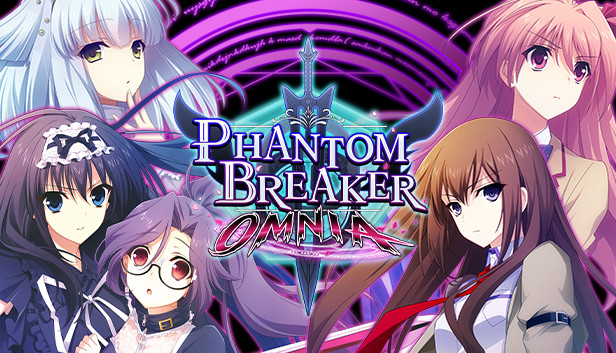 Releasing a fighter on the Nintendo Switch might be considered a brave move. This is because it means you will be competiting against one of the most popular games on the system – Super Smash Bros. But that’s not all. Alongside this you have a wide range of new and old fighters including Mortal Kombat 7, Pokken Tournament DX, Streetfighter 30th Anniversary Collection, The King of Fighters ‘98 and many more. So this new iteration of Phantom Breaker has to be top of its game to get a look in with Switch owners. And this is without even mentioning the other platforms it will be released on!

Phantom Breaker Omnia Review – The Phantom of the Omnia

Lets start with a crazy story

Unlike some fighters, Phantom Breaker goes down a particularly ridiculous route for its story. A mysterious man known as ‘Phantom’ has appeared in Tokyo, Japan and is manipulating vulnerable adolescents into fighting each other. He is handing them mystical weapons known as ‘Fu-mension artifacts’ to fight with and promising them their greatest wish if they survive.

Unbeknownst to the combatants though, these clashes between Fu-mension artifacts cause distortions in space time. Compromising the boundaries between parallel universes. The collapse of these parallel universes would ultimately break the seal, unleashing Phantom’s destructive powers.

Phantom Breaker features a good ‘roster’ of twenty characters. Like a lot of fighters, there are a few that have similarities. This is often deliberate and shows links with each other but ultimately there’s a great variety in both look and fighting style with the characters. Although many are young girls, there are occasional male characters, including an odd-almost werewolf-looking creature. My personal favourites are the slightly odd characters. So Fin, with her green hair, space-inspired attire and crazy weapons (teddy bears and oversized hammers), was always going to be first choice.

One of the aspects of the game that will keep you coming back for more, are the individual stories for each character. When playing through the game with them you will discover how they met Phantom and why they are choosing to fight. As you progress you see their interactions with their opponents and, if you are successful, see the concluding part of their story. 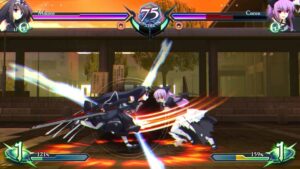 Okay, punch, kick and block might be putting things simply. But the sheer amount of diversity in these moves for each character means that they rarely feel the same. But of course, it’s the bigger moves and combos that will excite fight fans. Each character has their own weapon, and once again, every single one feels very different. While combos have the right difficulty curve as it took me a fair few plays through of the game to start to master them.

The games fighting system makes it easier for beginners (or people not very good at fighting games like myself!) to hit those combos. This means that pressing just one or two buttons, rather than ten or more, are needed to hit high combos. More experienced gamers might feel this is unneeded but the game still poses a challenge on its higher difficulty settings.

On top of this, there are three different fighting styles to choose at the start of each game. These are Quick, Hard and Omnia. Each one changes your characters speed, power and mechanics. It may just slow your character down or give them less strength through the power bar. But you will gain advantages for each one you choose too, with certain moves becoming easier or stronger. It is another part of the game that will make players come back for more. 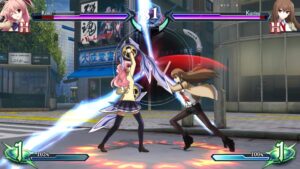 Phantom Breaker does very much feel like you playing an anime. The characters are bright and colourful, moving smoothly across the screen even in the most chaos-filled fights. Effects and weapons fly across the screen and everything looks great. My only complaints with the graphics are that the stage backgrounds are a bit dull. They do relate to some of the characters but they don’t add much at all, except maybe making the characters stand-out even more.

The sound effects are pretty standard for fighting games too but I did enjoy the music throughout the game. Again, very much a mix of anime-style music and J-Pop.

For each story, we don’t just have text stories either, as each character is voice-acted. They aren’t exactly full of charisma but they do have the tone of each character down well.

Phantom Breaker gives players plenty of options. Alongside the large story mode, are an online multiplayer that ran seamlessly, a two player mode, training and a single player. The single player involves Score Attack, Time Attack, Endless Battle and Arcade. Each being fun and offering different challenges. There’s plenty to keep even the biggest gamers going!

Despite lots of competition, fighting fans will no doubt enjoy this new game in the Phantom Breaker series. Although it doesn’t offer anything new, it has a wealth of options and if you want to complete the game 100%, this will take quite the amount of time. If you think you’ve played through all the fighters currently on offer, Phantom Breaker Omnia will give you an all new challenge!