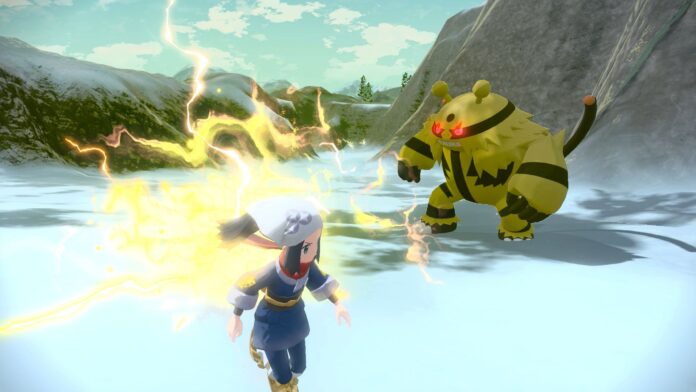 Pokemon is one of the most established series in all of gaming.  With Pikachu leading the way as their mascot the series is a part of mainstream culture and has remained so for far longer than its contemporaries. Everyone and their dog knows a Pokemon game to see it, you walk around, you battle, you catch the little critters, and you eventually take on the Elite Four to become champion. It’s a simple layout, and for a long time, it worked a treat. Unfortunately, as time wore on and the Pokemon series made the jump to the Nintendo Switch the old way of making Pokemon games began to fall flat for a lot of people. I for one was tired of it, I got Pokemon Shield and if I even got 5 hours into it I’d be shocked.  There’s nothing wrong with Pokemon Shield, but it was a safe play, it was just another Pokemon game. And therein lies the issue, the series lacked innovation and ideas beyond letting you buy new clothes and hairstyles. That’s why upon first viewing of Pokemon Legends: Arceus trailers I was completely taken aback at how fresh this game looked, at a time when I expected Nintendo to happily port old games for easy profits they seemed on the precipice of an exciting change to the series. As you may be able to tell from the title of this article that potential was fulfilled and Pokemon Legends: Arceus breathed new life into this series for people like me.

I will get this out of the way off the bat. Pokemon didn’t NEED to change, as evidenced by almost every bit of sales data out there this is a series that would have continued selling millions of units by trotting out games in the same old style. In November of 2021 when I analyzed the top-selling Switch games of all time, Pokemon Sword/Shield and the Pokemon Let’s Go titles were present in the top 10. In addition, all indications were that the Diamond/Pearl remakes would hit similar levels sales-wise. Commercially, Pokemon was a series that could have remained a success without ever changing its strategy and appealing to lapsed fans like me. I’m willing to admit that, because it would be unfair to put forth the idea that this was a failing series that needed to change for money, it needed to change for one thing and one thing only, giving fans a game they deserve. 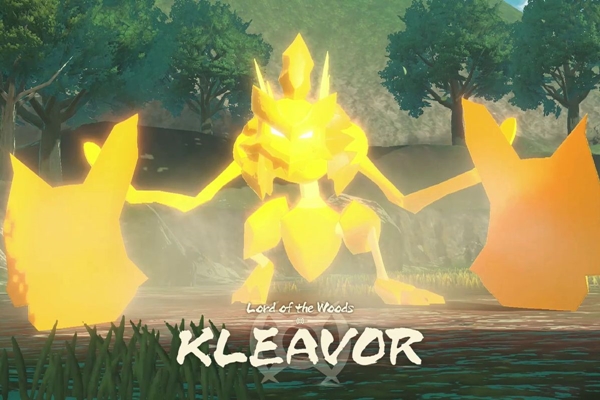 Pokemon Legends: Arceus completely rethought the approach to a Pokemon game. Instead of just battling and leveling up it focuses on exploring, researching, gathering materials, and unique boss fights that aren’t just about having an OP team for an easy win. I don’t think any of us have truly come to appreciate just how much the development team spun the idea of what a Pokemon game can be on its head.  It’s so unbelievably refreshing to just go and explore, doing side missions, researching Pokemon, and even doing mundane tasks like collecting resources instead of a constant grind of repetitive battles.

Moving the series to a limited open-world with elements of Breath of The Wild was a necessary step to modernize the Pokemon gameplay. People WANT to explore, people WANT the freedom to go and do some fun side missions, they WANT to feel in control of their experience. With this shift in ideology, Pokemon can now accommodate all of those people and make them into long-term fans.

Don’t get me wrong, Legends: Arceus is not the perfect game, not even close. What is exciting is the potential for refinement and further innovation going forward. There’s a lot more that a development team can do with an Arceus-style game than the classic style of Pokemon.

Ideas like further incorporating stealth-based mechanics, or having a city builder side story based on the Pokemon available to help run a town, or a greater emphasis on different regions having their own distinct challenges could be used in the future to build upon the groundwork that Pokemon: Legends Arceus laid down.

Do I think we’ve seen the last of the classic-style Pokemon games? Of course not! But what we have now is another successful Pokemon series that can allow Nintendo to switch up their Pokemon releases.  No longer will every Pokemon release be guaranteed to be in the classic style, there may be some kind of trade-off between which version is developed in a given year or 2-year spell to make both styles more rare and impactful upon release.

In conclusion, Pokemon Legends: Arceus is the Pokemon game that I’ve always wanted. it’s provided a much-needed revamp to the series and opened up a whole new world of possibilities by taking Pokemon and putting it into an open-world setting.  After falling off the Pokemon bandwagon they have pulled me back in and strapped my seatbelt on, and I couldn’t be happier about it.