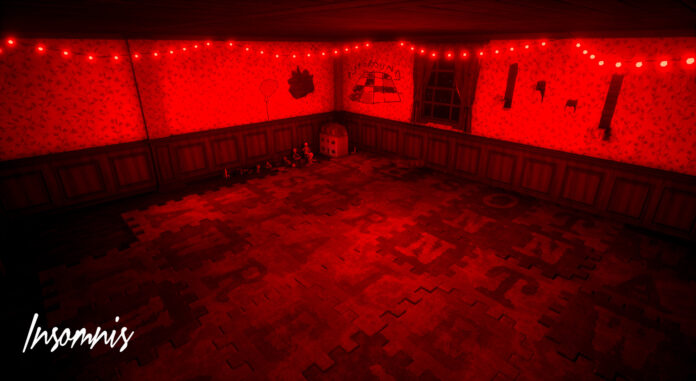 Meridiem Games is thrilled to announce a new deal with developer Path Games to publish and distribute a special boxed edition of Insomnis, the terrifying first-person horror game for PlayStation 5.

Meridiem Games will be responsible for the manufacture and distribution of the special  boxed edition of Insomnis across European territories later in 2022.

Joe Castevet has just inherited an old mansion on the outskirts of the countryside. What Joe doesn’t realise is that this family legacy is cursed. Discover the dark secrets buried deep in the Castevet abode as you fight against your own destiny in a story field with intrigue and terror!

Solve original, complex puzzles in your search for answers but make your decisions with caution as the fate of the characters will depend on it.

Meridiem Games is an independent publisher and distributor of video games for all platforms. The entire Meridiem Games team is focused on satisfying the demand of gamers who love physical editions, titles such as Fahrenheit 15Th Anniversary PS4, KUNAI Day One Edition NSW, Daymare: 1998 Black Edition PS4, Pang Adventures Buster Edition PS4/NSW, etc… have been released in their physical edition thanks to Meridiem Games… www.meridiem-games.com

Path Games is a Spanish videogame development company founded in May 2018 by Gonzalo G. Luna (Programmer and designer) and Virginia Calvo (Designer and artist).  Path Games aims to tell stories with horror as a narrative thread and surprise with its gloomy atmospheres. www.pathgames.es

Cotton 100% Comes to PS4 and Switch as 30th Anniversary Continues