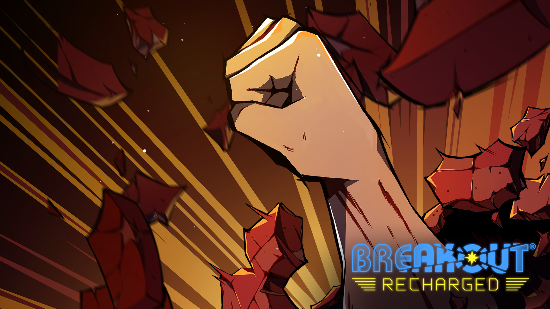 Breakout: Recharged sees the classic game of smashing through bricks return for a modern audience and will release on Nintendo Switch, PlayStation 4|5, Xbox One, Xbox Series X|S, Atari VCS, and PC via Steam and Epic Games Store on February 10th 2022!

Strategy is key to success: land your hits or face unforeseen consequences on the digital battlefield! Utilize power-ups for explosive combos with the all-new rail gun, homing missiles, and unforgiving blasts to join the traditional multi-ball.

From GameBoy to Xbox and PlayStation, I love brick breaking games for the pace and chance to really hit those high scores so this is a game that I cannot wait to get my hands on.

The trailer has got me super hyped for Breakout: Recharged and I cannot wait to get my hands on this and get smashing through those bricks and charging up to those challenging levels. The addition of Local Co-Op excites me and I will be more than happy to bring friends round to get smashing together!

Check out the latest trailer for the game here – https://uberstrategist.link/Breakout-Recharged-Teaser-YT

Are you a fan of Breakout? Is Breakout: Recharged a game you will be picking up on February 10th? Get in touch and let us know in the comments below and don’t forget to dtay tuned to Last Word on Gaming for all the latest gaming news and reviews. Follow us on Facebook, Twitter, and join our Discord Server.

A Visit to Malana, the Animal Crossing ME Awareness Island