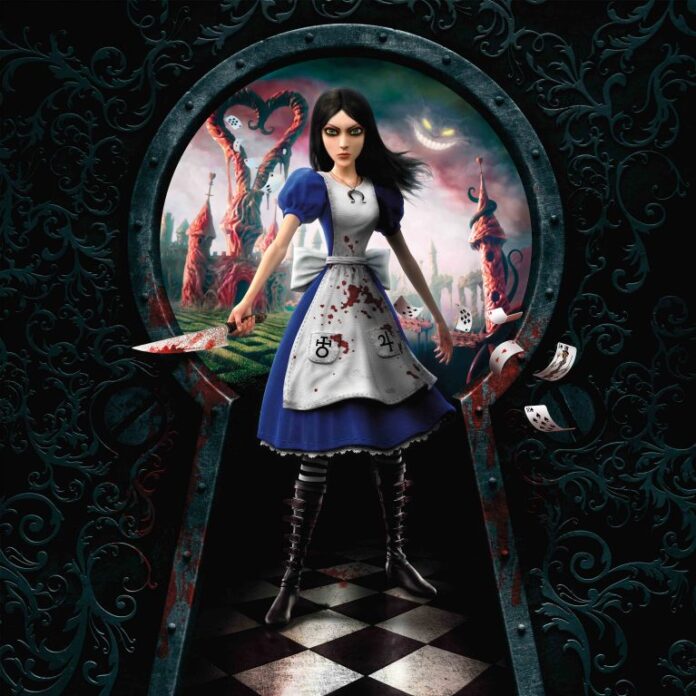 Gaming has a rich history that spans multiple decades. To this end, The Last Word on Gaming Backlog is a series that looks back on titles across all generations. From the golden 8-bit era to the landscape-changing 64-bit scene and beyond, The LWOG Backlog’s aim is history. It’s time to take a twisted, surreal dive into a land of imagination as we focus on one of the most underrated titles of the seventh console generation – Alice: Madness Returns.

American McGee is a name that more people should be familiar with in the world of video game development. His earliest work began as a level designer and music designer for id Software, where he worked on games in the Doom and Quake series. However, perhaps his most notable work, independently speaking, came when he joined Electronic Arts. It was here where he created American McGee’s Alice, released in 2000. This title took the concepts of the Alice’s Adventures in Wonderland and Through the Looking-Glass novels, reimagining those stories in dark, violent, and steampunk-esque fashion.

Though American McGee’s Alice received positive marks from gamers and critics alike, it wasn’t until more than a decade later that a sequel took form. Alice: Madness Returns was developed by Spicy Horse and published by EA. It was also released in the summer of 2011 for PC, Xbox 360, and PlayStation 3. Keep in mind that Madness Returns is a sequel in a loose sense. Simply put, one doesn’t have to play the original to enjoy the sequel. In fact, all one truly needs is a general understanding of Alice’s Wonderland and the idea that what they’re playing is a twisted version of the seemingly innocent stories in question. This, however, is only the start of this game’s appeal.

The troubled, disturbed Alice Liddell serves as this game’s main protagonist. She has been held at Rutledge Asylum for treatment, administered by the suspicious Dr. Angus Bumby. Alice believes herself to be responsible for the house fire that killed her parents and younger sister. All the while, she finds herself suffering from hallucinations, bringing her back to Wonderland. While this environment is tranquil to start, it soon becomes corrupted by a presence of a force known as the Infernal Train. In her efforts to learn more about this Train, she begins to unravel the mystery of what transpired the night of the aforementioned house fire.

Needless to say, Alice: Madness Returns is far from the cheerful Alice’s Wonderland that the average person may think. This is true in not only the slow corruption of Wonderland but how different characters are presented. Everyone from the Cheshire Cat to the Mad Hatter to the Queen of Harts to even Alice herself are twisted in their own ways. Progressing through the game, learning more about Alice’s past, shows just how deep our hero’s trauma goes and who may be pulling the strings.

Alice: Madness Returns can best be described as a hack-and-slash 3D platformer with a pinch of horror. This game takes place across numerous chapters, with Alice not only attempting to find information in the real world but fighting through Wonderland’s various locales as well. Londerland, Dollhouse, Cardbridge, Queensland – these are just a few areas that are distinct from one another, presenting new threats that Alice must overcome to learn more about what happened the night of that tragic house fire.

Combat is snappy, as should be the case for hack-and-slash titles, with Alice able to use different weapons. To name a few examples, the butcher knife-like Vorpal Blade is best for close-quarters combat, the chaingun-style Pepper Grinder is designed for long-range offense, and the Clockwork Bomb functions as both an explosive and means of distributing weight, such as with switches. Each weapon has its purpose, and as fights steadily become more intense, the player must be all the more strategic with their offense.

Alice: Madness Returns rewards exploration, too, which is where the game’s various collectibles come into play. Memories, for example, provide audio context to Alice’s past and shine more light on not just the people around her but the aforementioned tragedy. Floating pig-like snouts, detected by their distinct snorting, can be shot at with the Pepper Grinder to reveal secrets. Outside of simply reaching the end of each chapter, Madness Returns can be just as much of a collectathon, which will appeal to fans of such titles as Super Mario 64 and Banjo-Kazooie.

One can’t say that Alice: Madness Returns doesn’t drip with personality. It’s apparent that American McGee and his team had considerable freedom with how this game looks, as it takes inspiration from gothic fiction and steampunk culture alike. The characters of the Alice lore know are presented in a distorted fashion, making it feel that much more like Alice has stepped into a nightmare and not the Wonderland she once knew and loved. Wonderland’s various locales are incredibly detailed, each one distinct from the other. Despite being over a decade old, Madness Returns shows that good art style doesn’t truly age.

In terms of audio, Alice: Madness Returns is serviceable. Its music may be the least memorable aspect of the game; while the soundtrack fits the gloomy vibe of the game, the various tracks played throughout aren’t going to stick to players’ minds. Madness Returns has solid voice acting, however, with the work of some standing out more than others. Roger Jackson, for example, voices multiple characters in the game, each one unique from one another. One may also know of Jackson’s work in shows such as The Powerpuff Girls and movies including the Scream series.

Alice: Madness Returns has a surprising amount of staying power based on how small a project the game itself is. This is largely due to the sheer number of collectibles scattered throughout different chapters. Players have to be vigilant to find them all, exploring beyond the predominant path the game set. Furthermore, the game has multiple difficulty settings, meaning that if you enjoyed your first run and would like to go back and play again, you can ramp things up for a little extra flavor. Throw in the unlockable alternate dresses the player unlocks for Alice, each with a unique ability unique to it, and it wouldn’t be abnormal to spend anywhere from 15 to 30 hours traversing Wonderland.

Much like its predecessor, Alice: Madness Returns became one of the underrated gems of its generation. Much of the praise came from the game’s art style and presentation, though its gameplay drew criticism, as many felt it to be too linear and rough around the edges. American McGee’s team was only given a set amount of time to get this game done, which would explain such elements as “filler” content and a lack of true boss fights. For those that aren’t keen on gothic or steampunk aesthetics, overlooking Madness Returns’s rougher edges is all the more essential.

Stay tuned to Last Word on Gaming for all the latest gaming news and reviews. Leave your comments below. Follow us on Facebook, Twitter, and join our Discord Server.