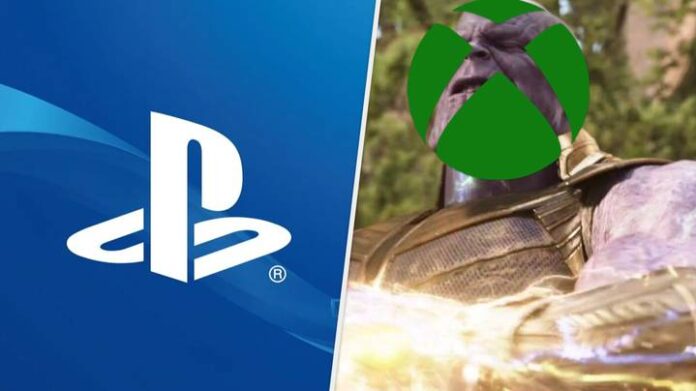 Microsoft broke the gaming news world when they announced the nearly 70 billion dollar acquisition of Activision Blizzard. The news sent shockwaves through the gaming world and many people are asking what does this mean for Sony? Although not an ideal situation for Sony, they are not going to close up shop tomorrow. Let’s look at a few ways Sony can answer the Microsoft Activision Blizzard acquisition.

How Sony Can Answer The Microsoft Activision Blizzard Acquisition

Although the Playstation 5 saw Spider-Man Miles Morales and Ratchet and Clank Rift Apart in the launch window of the console, AAA exclusives have fallen off a bit since. Sure Returnal was an exclusive and the Demon’s Souls remake offered a good bit of nostalgia, but the hype of PS5 exclusives is dwindling fast.

Backup is coming in the shape of new entries in the Horizon Zero Dawn and God of War franchises. After that, however, the PS5 exclusives release calendar is a bit bear. Especially in the AAA department.

More exclusives are a great way to combat the hype around the Microsoft Activision Blizzard acquisition. It has hard to convince someone who is on the fence about the “console wars” to go the PlayStation route when the exclusives are lacking. Especially with a plethora of Microsoft exclusives and third-party games available on Game Pass for both Xbox and PC (more on that later).

It is also worth noting that both Sony and Microsoft are suffering from supply chain issues. Microsoft was able to combat this by releasing their exclusives on both Xbox One and Series S/X with a free upgrade to the latter. This looks much better than Sony’s plan of producing more PS4s to combat the supply chain issue. If Sony is going to charge $10 more for exclusives they need to warrant it by having more options in the category.

Along the same lines of having more exclusives for gamers to explore, some new fresh IPs would help Sony combat the Microsoft offensive. Looking at the list above of exclusives that have been released or will release on the PS5 they are almost all sequels or remakes. A fresh IP or two would help boost Sony’s sales pitch to gamers.

Don’t get me wrong if it isn’t broken don’t fix it. There is certainly plenty of hype around the Horizon and God of War titles. However, let’s take a look back at the PlayStation 2 for example. The console has gone down as one of the best ever produced. Look at the exclusive IPs that came from that era. Jak and Daxter, Ratchet and Clank, Shadow of Colussus, Devil May Cry, God of War, the list goes on. These exclusives were some of the top sellers on the console and added to the success and longevity of the PlayStation 2.

Sony Interactive Entertainment has 17 game studios under them. One or two fresh AAA IPs from one of these studios could give Sony a much-needed answer to the Microsoft Activision Blizzard acquisition. PlayStation fans need a new IP to be excited for.

Microsoft has touted that Game Pass is the best value in gaming. It is hard to argue against that claim. For $14.99 a month Xbox gamers get Xbox Live Gold (a $9.99 value) plus access to a library with plenty of Microsft exclusives and third-party games. The service even offers a Netflix-like algorithm that recommends games based on what gamers have downloaded and played.

Microsft has no issues putting some of their biggest exclusives such as Forza and Halo on Game Pass on day one. What can Sony do to combat this?

They reportedly have their own version of Game Pass in development. Hopefully, this rolls out sooner rather than later for Sony’s sake. If they are to combat Game Pass it will need to roll out with access to Sony exclusives and third-party games.

Personally, I would love to see a backlog of PlayStation 1-4 games available to download and play. As we move further and further into physical games becoming obsolete, backward compatibility will become harder and harder. The extensive backlog of games Sony has from previous consoles available digitally would be a huge selling point for a Game Pass competitor.

How Sony Can Answer The Microsoft Activision Blizzard Acquisition – In Closing

The acquisition has wounded Sony no doubt, but they are far from going under. They have plenty of arrows left in the quiver to answer this announcement. They may need to be sharpened or refined a bit, but they are there.