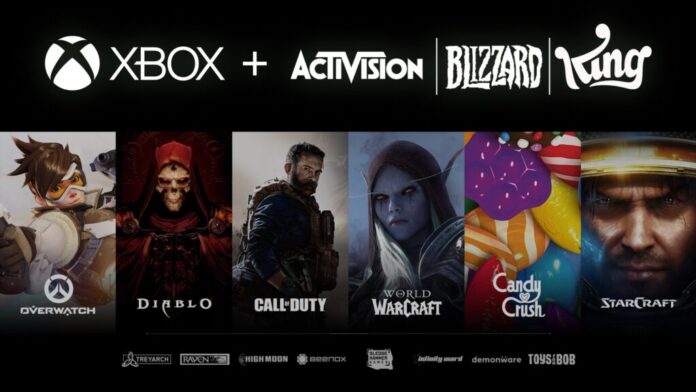 In an absolutely shocking announcement, Microsoft to acquire Activision Blizzard for a reported figure of $68.7 Billion according to the Wall Street Journal. This makes it the largest amount a company has paid to acquire a video game publisher in history, which is also $61 billion more than what Microsoft paid to acquire publisher Bethesda once the deal officially closed in March 2021.

The Nuts and Bolts: Microsoft to Acquire Activision Blizzard

The acquisition which is still pending closure, now puts Microsoft and the Xbox Brand firmly in the third spot in terms of revenue behind only Tencent and their main console rival Sony.

Many are probably asking what this means for gamers, especially those that are constituents of Xbox Game Pass, which now has over 25 Million subscribers. The Head of Microsoft Gaming, Phil Spencer notes that the plan is to keep adding even more games new and old to the service.

He also mentions that the acquisition allows an acceleration of bringing Cloud Gaming to more people around the world. A less discussed portion of this deal is that Activision Blizzard also includes the mobile developer and publisher King Digital Entertainment. Spencer has noted in the past that Microsoft was looking heavily into an acquisition in the social and casual gaming space. Nothing probably encompasses that more than King’s most popular game Candy Crush. Finally, Spencer does go on to state that he’s fully aware that Activision Blizzard games are played by gamers on various other platforms and that those will continue to be supported.

The Current State of Activision Blizzard

Activision Blizzard has come under all sorts of workplace abuse allegations in the last year and is still facing a large amount of upheaval from its own workers. The company wound up settling out of court, (for $18 Million), on the lawsuit from the State of California’s Department of Fair Employment and Housing for allegedly mishandling abuse allegations towards its female employees. Even more recently, after board members decided to stand behind CEO Bobby Kotick, even though the Wall Street Journal reported that Kotick knowingly hid rape and sexual harassment allegations “for years” without telling the board of directors. This, in turn, caused a staff walkout demanding his resignation. Furthermore, there are still several workers from the Raven Software team on strike who are demanding Activision reinstate 12 contract QA testers after being let go in December 2021 due to a restructuring.

Even with all of this turmoil and bad press currently surrounding the company, Bobby Kotick will remain in his position as CEO at Activision through the process of the deal. But Phil Spencer states in a press release discussing the acquisition that once everything clears he will be overseeing things moving forward.

The Wall Street Journal have further clarified according to those familiar with the situation that Kotick will be out as CEO once the acquisition is complete. This is in line with another statement Spencer makes in the same press release disavowing any type of disrespect and promising to hold all individuals to this standard.

“As a company, Microsoft is committed to our journey for inclusion in every aspect of gaming, among both employees and players. We deeply value individual studio cultures. We also believe that creative success and autonomy go hand-in-hand with treating every person with dignity and respect. We hold all teams, and all leaders, to this commitment. We’re looking forward to extending our culture of proactive inclusion to the great teams across Activision Blizzard.”

Activision has largely ignored a lot of the ongoing problems and remained hidden, only appearing from the shadows to deliver passive-aggressive emails decrying any type of unionization from its workforce. With this acquisition pending, the coming months may give some type of indication on how or if anything will be resolved prior to the official merger.

Looking Beyond The Now

There is still a lot of legalities to work out in this deal, so expect plenty more information to come out about it in the coming year. Regardless of how one feels about the ramifications of such a huge acquisition and how it affects the industry at large, at least there seems to be a sense of hope for the development teams and workers that are the heart of this entire thing. No doubt, gamers will begin all sorts of rumors and speculation regarding exclusivity and their ultimate dream games, but for those developers and staff, better times lie ahead.