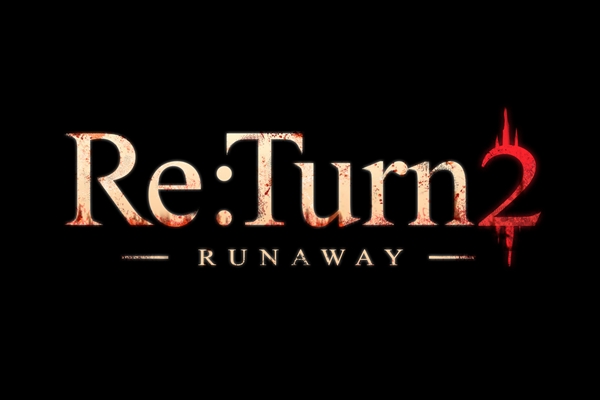 Re:Turn 2 – Runaway is a tense, character-driven psychological horror experience which sees our protagonist, Saki, and her fiancé, Sen, trapped on an abandoned train; haunted by an evil spirit; which they must battle their way through to escape from the nightmare and free trapped souls from the clutches of the evil which has possessed them.  It will be launching on January 28 across Steam for PC,  Xbox Consoles, and Nintendo Switch.

But, actions have consequences –  in order to stay safe, Saki must decide whether to run, hide, or confront the evil to avoid a fate worse than the lost souls already trapped aboard the train.

Building on the saga of protagonist Saki as she battles the evils within the abandoned passenger train and other locations, Re:Turn 2 boasts completely reworked, vibrant, hand-illustrated in-game visuals and animations as well as a full voice acting and brand new soundtrack.

“Our experiences launching the original Re:Turn and the feedback we received from media and players alike has really helped shape how we approach our future projects.” commented Omar Bik, Founder of Red Ego Games “it was clear to us that we had the pillars in place to deliver the game experience we wanted and had so much more of Saki’s story to share so we’re excited to share this new chapter with everyone.  Rebuilding the game experience almost completely from the ground up with a new engine, revamped visuals and full voice acting has really allowed us to push ourselves as developers and to take Re:Turn 2 in new directions with a real emphasis on horror and scares”.

For those brave souls who laugh in the face of fear, a demo is available on Steam right now – Re:Turn 2 – Runaway Demo on Steam