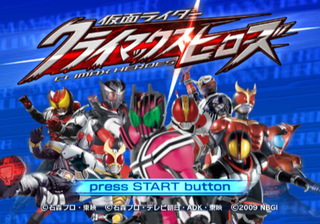 Gaming has a rich history that spans multiple decades. To this end, The Last Word on Gaming Backlog is a series that looks back on titles across all generations. From the golden 8-bit era to the landscape-changing 64-bit scene and beyond, The LWOG Backlog’s aim is history. Shocker approaches and it’s time to suit up as we take a look back at the Japanese-exclusive title, Kamen Rider (SNES).

Kamen Rider is among the most popular media properties in Japan. We at Last Word on Gaming covered the topic in question twice last year, focusing on Dragon Knight for Wii and Memory of Heroez on more modern platforms. However, up until now, the original series was never touched. To provide some context, the TV show simply known as Kamen Rider ran from April 1971 to February 1973, spanning 98 episodes and spawning multiple films. In fact, it became more than a TV show. Moreover, it was a pop culture phenomenon that continues to thrive today.

The original series focused on Kamen Riders Takeshi Hongo and Hayato Ichimonji as they battled terrorist organization Shocker. From the show’s martial arts and motorcycle-based action to the seemingly countless monsters produced, this show was prime material for video games. However, fans of the show would have to wait more than two decades following the show’s conclusion for a game based solely on the original series. The Japan-exclusive Kamen Rider (SNES), developed by Sun L and published by Bandai, was released on November 12, 1993. Much like the other Rider games we’ve covered on this site, it’s a respectable tie-in title.

The story of Kamen Rider (SNES) is very much in line with the show it’s based on. With the help of their mentor, Tobei Tachibana, Takeshi Hongo and Hayato Ichimonji protect Japan as Kamen Rider 1 and 2, respectively. Shocker will not take our insect-themed protagonists lightly, however, as they transform humans into superhuman creatures, using a combination of robotics and animal DNA to do so. Shocker’s goal is simple: to take over the world. As the Double Riders, Hongo and Ichimonji fight to put an end to Shocker’s nefarious scheme.

The original Kamen Rider series was an episodic program and its SNES tie-in title represents this. Not only does the game feature the main protagonists, as mentioned earlier, but Shocker’s iconic enemies, ranging from footsoldiers to more formidable foes. Anyone that has seen the show will find the show’s various characters represented. However, if one has never seen the series in question, it shouldn’t detract from their enjoyment of the game at hand.

Kamen Rider (SNES) is a beat ’em up title that’s very much in line with other titles of its generation, including Streets of Rage and Teenage Mutant Ninja Turtles: Turtles in Time. The objective is to fight through various levels, performing combos on enemies and avoiding the offense of said enemies at every turn. From a mechanical standpoint, Kamen Rider is an easy game to wrap one’s mind around. However, there are a few ways in which this title stands out from other beat ’em ups of the 16-bit era.

Case and point, whenever a new stage is entered, the player begins as their Rider in civilian form. However, by pressing the X button at any time, the character “henshins,” or transforms, into their Rider form, which results in increased offense and the ability to pull off intricate strings of moves. The latter can be customized in the main menu’s SSI System section, which affords the player more freedom in regard to control. This was an uncommon feature in games of this genre, and for those looking to dive deep into Kamen Rider (SNES), it offers a surprising degree of variety.

As mentioned earlier, one doesn’t require knowledge of the source material to enjoy the Kamen Rider SNES game. However, the use of source material is prevalent throughout, such as in boss fights. If any criticism can be levied toward this game, it’s that its difficulty feels unbalanced. While it may begin easily, even on the normal setting, there is a noticeable difficulty spike near the end. Anyone looking to play Kamen Rider (SNES) should keep this in mind.

For its time, Kamen Rider (SNES) was incredibly serviceable from a visual standpoint. From Shocker’s footsoldiers to the more formidable foes, enemies are treated to solid detail. The same can be said for the game’s protagonists, who are not only faithful to their civilian selves but Rider forms as well. The main visual drawback is in the game’s environments, which can seem a bit too plain sometimes. While 16-bit systems were limited, one can’t help but feel like more could have been done in this respect.

Kamen Rider impresses in terms of its sound design, however, especially with its music. The original show’s main theme, “Let’s Go!! Rider Kick” is present in its 16-bit glory. Furthermore, as was the case with Mighty Morphin’ Power Rangers on the same system, the opening theme even has lyrics at points. Fans of the original show will enjoy hearing its tunes recreated in the game, making it feel like that much more of a faithful adaptation.

Though a standard playthrough of Kamen Rider (SNES) can take anywhere from 6 to 7 hours, one’s mileage may vary depending on the difficulty setting they use. When playing on Easy, the game ends after Stage 5, preventing the player from seeing the game’s true ending. This is why it’s recommended that one plays on one of the other difficulty settings, ramping up such attributes as damage sustained from enemies. As mentioned earlier, Kamen Rider sees a noticeable difficulty spike toward the end, which makes this particular title an extra challenge.

Kamen Rider (SNES) wasn’t the first title based on the larger franchise and it was far from the final. What makes this title interesting, from a historical standpoint, is that it came out during a time when the larger television series was in a lull. From 1989 to 2000, Kamen Rider was absent from TV, being kept relevant by such means as stage shows, standalone films, and of course, media including video games. Though the original Kamen Rider show was more than 20 years following the release of its brawling title counterpart, harkening back to the series’ roots was a sound choice.

Though we covered multiple Kamen Rider games on this site, there are still many more to experience. From the original Nintendo Entertainment system to the Sega CD to the original PlayStation and beyond, the series has been well-represented over the years. Keep in mind that the vast majority of these titles were limited to Japan, never seeing stateside releases. Kamen Rider (SNES) was one such example, and since it doesn’t rely too much on the player knowing Japanese, it’s an easy title to “Rider Jump” into.