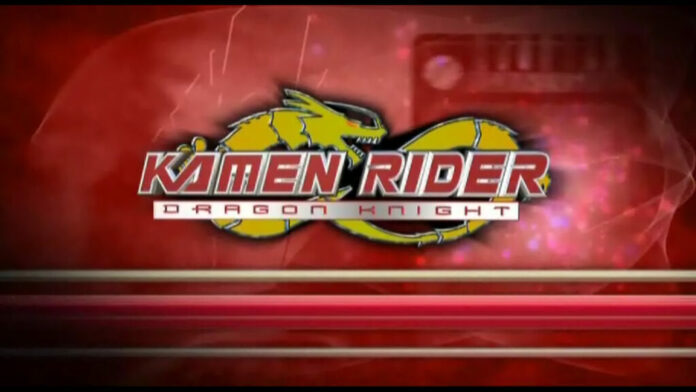 Gaming has a rich history that spans multiple decades. To this end, The Last Word on Gaming Backlog is a series that looks back on titles across all generations. From the golden 8-bit era to the landscape-changing 64-bit scene and beyond, The LWOG Backlog’s aim is history. Battle for Ventara and Earth as we take a deep dive into the 2009 fighting game released for the Nintendo Wii known as Kamen Rider: Dragon Knight.

Kamen Rider: Dragon Knight for Wii utilizes a modified engine of the PS2 Japan-exclusive title Kamen Rider: Climax Heroes. Essentially, this is a 3D fighting game not unlike the Tekken or Soulcalibur series. However, while Climax Heroes featured Kamen Riders throughout the show’s rich history, Dragon Knight only featured Riders from the show in question. This isn’t to say that the game’s roster is necessarily paltry, as there are 15 playable fighters, two of which include the “Survive Modes” for Kamen Rider Dragon Knight and Wing Knight.

The main gameplay gimmick in Kamen Rider: Dragon Knight for Wii is the Advent Gauge. By landing successful attacks on an opponent, the Advent Gauge will fill up. By doing this, the player can use Advent Cards, which are selectable before fights begin. From “Sword Vent” to “Shoot Vent” to “Trick Vent,” each Advent Card has a specific purpose, which provides a level of strategy. When the Advent Gauge is filled, the player can perform their final move known as the Final Vent. Keep in mind that Final Vents are only effective when near an opponent, so maintain your distance.

In addition to multiplayer, which is where this game shines, Kamen Rider: Dragon Knight for Wii offers single-players modes. Arcade is more traditional, tasking the player with fighting one Kamen Rider after another to eventually go head-to-head with the series’ main villain, General Xaviax. Exclusive to Kamen Rider: Dragon Knight for Wii is the Mirror World mode, which features both one-on-one fights and beat-em-up levels where the player battles Mirror Monsters, the grunts of the show. To unlock all fighters, both modes must be played at length.

Kamen Rider: Dragon Knight for Wii is a mechanically solid fighting game, its Advent Gauge feature encouraging players to hone their strategies before fights. In terms of its single-player offerings, Arcade More is the stronger of the two. Mirror World isn’t nearly as substantial and feels like a chore when missions drag. Furthermore, some fighters feel unbalanced; for example, Kamen Rider Sting’s attacks feel slow, leaving the player vulnerable. Meanwhile, Kamen Rider Torque’s continuous, long-range offense makes him overpowered. Simply put, balancing could have been better.

In terms of visual presentation, Kamen Rider: Dragon Knight for Wii is mixed. For the most part, the Kamen Riders themselves look fine, as they accurately represent their TV show counterparts. However, textures appear muddy at times. Furthermore, it certainly looks as though it was based on a PS2 game. Dragon Knight isn’t an ugly game, per se. In fact, the game can impress in a few areas, especially when Final Vent maneuvers are executed. However, don’t expect this game to be a visual masterpiece. Its graphical fidelity is on par with any traditional licensed game.

Audio-wise, Kamen Rider: Dragon Knight fares a bit better. While the theme song from the TV show is absent, multiple audio tracks are relatively solid. The music for the church stage, for example, sounds like something out of a Castlevania game; this may very well be the best track in the game, too. The railway music may sound familiar to long-time Kamen Rider fans, as it’s largely based on the theme of the 2000 series Kamen Rider Kuuga.

Perhaps the biggest highlight of this game, from an audio standpoint, is its voice acting. There are quite a few notable voice actors that lent their services to this game. Laura Bailey, who voices Kamen Rider Siren, has done work for anime programs Dragon Ball Z and Fruit Basket. Kamen Riders Dragon Knight and Onyx are voiced by none other than Johnny Yong Bosch. His name will undoubtedly be familiar to many, as he only not portrayed Adam Park from Mighty Morphin’ Power Rangers onward but became a voice actor for such shows like Code Geass, Bleach, and JoJo’s Bizarre Adventure.

Outside of multiplayer, Kamen Rider: Dragon Knight for Wii doesn’t hold much in the way of staying power. The average player will be able to see everything that this game has to offer within a dedicated afternoon. While there are multiple fighters to unlock, there aren’t any additional stages to earn or other single-player modes to go through. With that said, the game can still be incredibly fun, especially with other people. Even with the aforementioned Advent Gauge mechanic, this game isn’t terribly difficult to pick up, meaning that anyone can get into it.

This wasn’t the only game based on the long-running series in Japan. However, this was the first time that Kamen Rider fans in the West were able to purchase a game at retail since 1994; think back to the Sega CD and its FMV interactive video title The Masked Rider: Kamen Rider ZO. From that point onward, subsequent Kamen Rider games would be released, largely in the fighting genre. The most recent title, Memory of Heroez, took a beat-em-up approach. While this title had its own share of quirks, it’s still an enjoyable romp for fans of the TV series.

The same can be said for Kamen Rider: Dragon Knight for Wii. Despite its hiccups, it remains incredibly engaging from a minute-to-minute gameplay standpoint. Anyone that’s a fan of 3D fighting titles would be wise to give this title a go. Keep in mind, however, that your mileage may vary depending on whether you have others to play with. At a reasonable price, it will be a fun experience all the same.