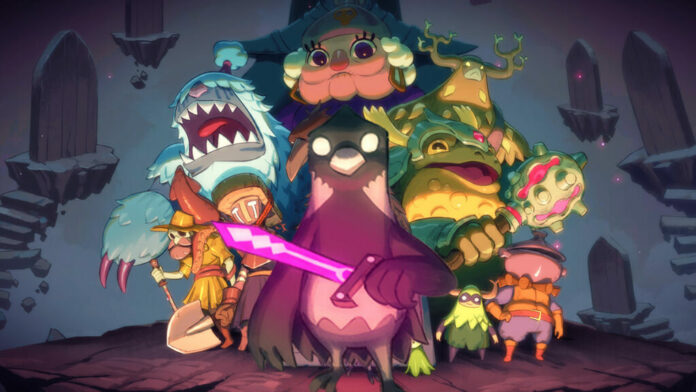 2021 saw some stellar gaming releases and despite shortages of consoles due to supply chain issues caused by that thing I shall not mention, it was a great year for gaming. Choosing a game of the year is never an easy task but the team at Last Word on Gaming were up for the task and chose our own games of the year but as with any poll like this, there can only be one winner. Last Word on Gaming’s Writers’ Game of The Year is……

Death’s Door is Last Word on Gaming’s Writers’ Game of The Year!

So my nomination of crazy arcade racer Cruise ‘N Blast didn’t win and nor did the other two fabulous contenders in Resident Evil Village and Unpacking but it’s fair to say that Sean’s choice is an absolute belter and a worthy winner for our inaugural Writer’s Game of The Year. Let’s take a look at Sean’s reasons for nominating Death’s Door;

Never in a million years would I have expected my Game of the Year to be Death’s Door. On the surface it has everything that turns me off about a game, but it wound up being so enthralling that it kept making me want to continue to play it instead. Everything from its Dark Souls-like action combat and its punishing bosses to its wonderful sense of exploration and foreboding characters just pulls you in and doesn’t let go until you’ve reached the end of the journey.

It is incredible to think that the team at Acid Nerve is a core of five people that did much of the development work because the game feels so much bigger than that. The art style fits everything so well, the story has some incredibly poignant moments, and goodness me the soundtrack is a masterpiece. Seriously, I can’t end this blurb without emphasizing how great the music is. It truly is the heartbeat of the entire thing. I loved every moment I spent with Death’s Door. I just hope that the availability on more consoles leads to others discovering this amazing gem as well.

So there we have it. 2021 has been another rough year for so many reasons but for gamers it has been an absolute blast and it looks like 2022 is already shaping up to be another gem of a year for all things video gaming and the team at Last Word on Gaming will be right there with the latest news, interviews, previews, reviews and much more.