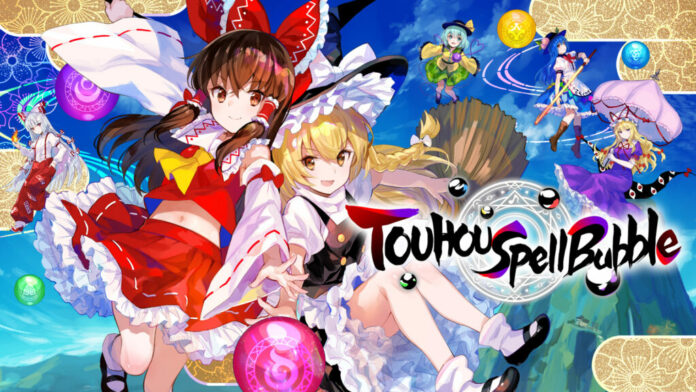 A Touhou Spell Bubble update has been released today for the Nintendo Switch. The free update will include online functionality, and two new game modes; Ranked Match and Private Match. Ranked allows players to compete against others globally through battles, while Private allows for battles for fun with friends. To mark the release of the update, Touhou Spell Bubble’s price on the Nintendo Eshop has been reduced by 50% until October 23rd.

In the land of Gensoyko, a new form of entertainment has taken place between human and non-human residents. Spell Bubble, a game where competitors launch magical colored balls at one another in order to complete matching sets. The game’s popularity has led to the creation of a Grand Tournament, but not all is what it appears to be. Protagonist Reimu must investigate to discover what has become amiss.

LWOG’s Viewpoint on the Recent Update and Sale

The long-awaited update for Touhou Spell Bubble should be a big pleaser for fans of the series. With the new update promoting competitive play and online capability, gamers will be able to find replayability until their heart’s content. Bragging rights are now on the line as high scores and player rankings are visible to others. The 50% off sale on the Nintendo Eshop will attract new fans, increasing the pool of competitive players. Get ready to play with friends or play for the title of Tohou Spell Bubble Master!

A trailer for the game including updates can be found here.

WWE 2K22 Trailer Released and Is Expected to be Available March...