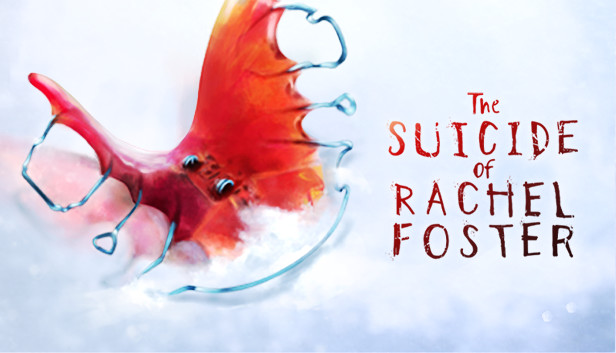 The Suicide of Rachel Foster is a walking sim set in an abandoned hotel. In other words, my ideal kind of game. Recently released on the Switch, it’s perfect to get stuck into on a dark, gloomy night.

Having said that, I have mixed feelings about this game. Here’s what I thought:

How Does The Suicide of Rachel Foster Work?

At the beginning of the game, main character Nicole Wilson heads for The Timberland hotel, a property owned by her family and passed down to her. Located in the mountains of Montana, the hotel has been left to decay for several years.

A snowstorm prevents Nicole from leaving, and so you’re stuck there in a rotting, creaky hotel, surrounded by memories, with only a FEMA agent on the end of the phone for company.

It’s a walking sim, which means your main job is (obviously) walking around. You can run, which makes things a bit more bearable, as the walking pace is pretty slow. You’ll find some items along the way, but other than that, your main job is to observe.

The Hotel is a Character in Itself

The Timberland Hotel is incredibly well-designed, and although it lies dusty and abandoned, the memories are almost palpable.

Some items are labelled, and although you can’t interact with them, they reveal something about Nicole’s personality. For example, trophies in Nicole’s old bedroom are labelled ‘self-esteem’, and an intense painting of a wolf is named ‘murderous eyes’. This is a small thing, but it gives you the motivation to thoroughly investigate.

I particularly liked nosing around the master suite. Nicole’s bedroom is excellently nostalgic and felt comforting to be in – I found myself wandering back there during scary moments to take a breath.

I’m fascinated by urban exploration. I love the idea of wandering around an abandoned hotel, mansion, or mall. Unfortunately I am a wimp, so as far as hobbies are concerned, it’s not really working out. Luckily, walking simulators exist to fill that gap.

There’s something haunting about walking around, completely alone, in a well-designed world that feels authentically abandoned. That’s why I loved my favourite walking sim, Everybody’s Gone to the Rapture. The environments are heavy with the tension that comes from being alone in a place you’re not supposed to be.

And this is true of The Suicide of Rachel Foster. Even in the calm moments, you’re half-expecting something to jump out at you. Often the scary sounds or flickering shadows turn out to be nothing but the swaying trees outside, but it feels genuinely frightening.

There are a few scary moments, including an unexpected phone call, slamming doors, and scary sounds. An excellent section sees you traversing a pitch-black crawl space with only the flash from an old Polaroid camera to light the way. (This is why I had to play most of this game in the daytime.)

Mostly, the tension comes from the menacing presence of the hotel itself. From the moment you arrive at the garage to find your mother’s car under a thick layer of dust, you feel a sense of foreboding that comes from Nicole’s own hesitance to face up to her past.

The Baffling Ending of The Suicide of Rachel Foster

I’ll try to explain this as best I can without spoilers, but if you’d rather not know anything about it at all, you may want to skip to the ‘final verdict’ section.

You find out in the opening scenes that Nicole’s father had an affair with 16-year-old Rachel, potentially causing her suicide. Nicole’s mother wants to sell the hotel and give the profits to Rachel’s family. As Nicole starts to settle in, memories come trickling back, bit by bit.

Nicole reckons with her own feelings of intense jealousy of Rachel, and her sadness about her father’s betrayal. She does this with the company of the FEMA agent, Irving. Quickly, Nicole and Irving connect, and every time Nicole picked up the phone, I gave a sigh of relief knowing they would have a friendly conversation.

The tension ramps up really quickly at the end, with some creepy moments involving a church and a horrible shrine to Rachel. From this point on, the story pivots to a cliched twist ending which really misses the mark for me.

Other than a couple of references to Nicole’s feelings about her father’s relationship, there’s not anywhere near enough condemnation for a grown man pursuing a relationship with a teenage girl. Worst of all, Nicole uncovers a love nest in the attic, and listens to a horribly self-indulgent ramble from her father about how unfair it was that his love for Rachel wasn’t allowed.

I have several (unsuitable) words I would really like to say about Rachel’s father’s last message. Instead, I’ll say this: it’s a frustrating, unfair ending. Rachel and Leonard were not ‘star-crossed lovers’. It was not a tragic love story. What happened to Rachel and her family was the consequence of a grown man seducing a teenager. And rather than Leonard facing up to this in his last moments, he chooses to go off on an arrogant, self-pitying rant instead.

I was left unsure of how I was meant to feel about Leonard. Are we meant to sympathize with him? It’s unclear. It could have been so much better had they given Rachel more of a voice. She’s almost a mythical creature in the game, instead of a real person with her own agency. Rather than explore this, they somehow turned it around and made the whole tragedy the fault of the women in the story. Which absolutely sucks.

It’s difficult to give a score to The Suicide of Rachel Foster. I could have loved this game. And I did really enjoy it, right up until the last moment. It was everything I wanted in a walking sim. Creepy, atmospheric, with interesting characters and a rich, detailed environment.

But it was ultimately let down by the end of the story, which mishandles a pretty sensitive topic, and left me feeling disappointed and frustrated.