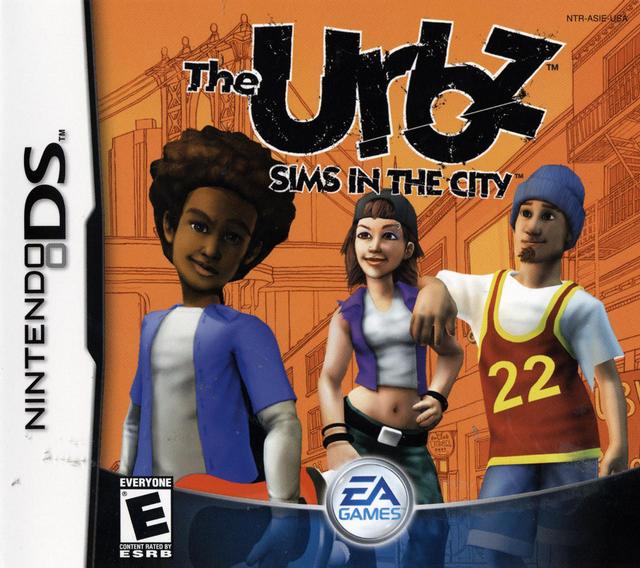 Gaming has a rich history that spans multiple decades. To this end, The Last Word on Gaming Backlog is a series that looks back on titles across all generations. From the golden 8-bit era to the landscape-changing 64-bit scene and beyond, The LWOG Backlog’s aim is history. In this edition, we look at The Urbz Sims in the City.

The Urbz Sims in the City

The Urbz Sims in the City focuses heavily on the social aspect of the player’s avatar or “Urb”. Players have nine districts to explore, each with its own theme and resident Urbz. The game was released on the PlayStation 2, Xbox, Gamecube, Gameboy Advance, and Nintendo DS in November of 2004. The game was developed by Maxis and published by Electronic Arts (EA). This piece will look specifically at the console version of the games.

The console version of the game features members of The Black Eyed Peas as characters in the game. They also recorded songs in Simlish (the language of The Sims). Once users create their character and choose which district they want to start at, they are greeted by will.i.am and Darius at the player’s apartment.

Darius has the highest reputation in the city and is impressed by what the player can do with “Power Social” moves. The player travels to the first district where they learn the ways of the city.

The player gains reputation or “Rep” by successfully socializing with members of the districts. Each district has its own clothing style, job, and characters that relate to a central theme of the district. The player must have a high enough rep and reflect the clothing style of each district to make it to the midnight party at each district. If they make it to the party, Darius will give them a new power social to use.

Once Darius teaches them the power social they are able to use it to defeat the villain of each district. Each villain drops a piece of Darius’s secret machine once they are defeated. Once the player has all nine pieces (along with the highest rep in the city), they unlock Darius’s Penthouse as he leaves the city. They also unlock the ability to make money using Darius’s secret machine.

In addition to maintaining the rep of an Urb, players must take care of their basic functions. If an Urb doesn’t have enough, food, sleep, entertainment, and hygiene their mood will suffer. An Urb in a bad mood will not be able to socialize and advance through the game.

Players also must have enough money to purchase items in the style of each district. Each district has different jobs that players can take to earn money. An Urb can up their skill in certain categories through different exercise machines to get more advanced jobs. Players are able to buy furniture for new apartments they unlock as the game progresses.

The sound is relatively simple as background music is looped through the different areas of the game. The addition of the Black Eyed Peas Music in Simlish made for a fun twist. The graphics were on par with what was out on the respective consoles for 2004. The graphics were not cutting edge by any means but also aren’t an eyesore.

The Urbz Sims in the City – In Closing

The Urbz Sims in the City received mixed reviews from critics. The sales figures were also seen as low. The game offers a different perspective from other Sims games and gives players the opportunity to socialize with other Urbz to complete goals and progress the game further.

[…] a lot of shade at The Sims team at this point, so I want to drop in a more positive note here. The Sims, in general, has always been fairly LGBT friendly, and there is a huge array of choices available. […]