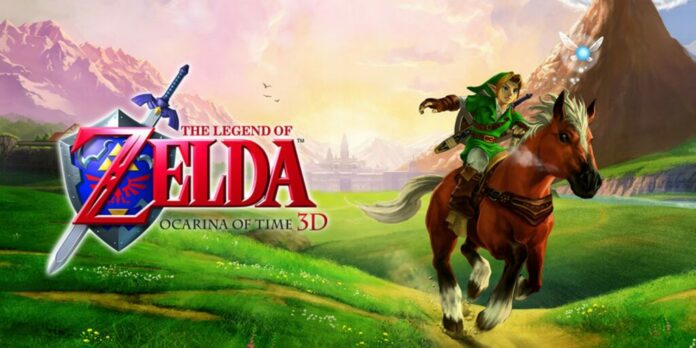 2021 is officially here! While most are celebrating the death of 2020, Zelda fans actually have a lot to look forward to in the coming year. 35 years ago, Nintendo released the original Legend of Zelda, an absolute masterpiece that completely re-defined gaming. Nintendo loves to capitalize on nostalgia, and there is a very real chance that the gaming company re-releases a collection of some of their old classics in honor of the occasion.

What to Expect From A Remastered Zelda Collection

Unfortunately, it’s impossible for a series like Zelda to re-release all of their classics – there are just too many great games. However, we can use Nintendo’s history to predict what they might be up to in 2021. 2020 marked the 35th anniversary of the Mario series, and Nintendo marked the occasion by releasing a three-game collection of Super Mario 64, Super Mario Sunshine, and Super Mario Galaxy.

Nintendo seems to favor their 3D games for the collections and, based on this, we can assume that the most likely games for a collection are Ocarina of Time, Majora’s Mask, The Wind Waker, Twilight Princess, and Skyward Sword. In a perfect world, all five games would be available, but we do not live in a perfect world. If Nintendo couldn’t be bothered to re-release Super Mario Galaxy 2, then they’re not going to put five games onto a single cartridge.

Chances are, the Zelda team will release one of two collection: one featuring Ocarina of Time and Majora’s Mask, or another featuring The Wind Waker, Twilight Princess, and possibly Skyward Sword. For the sake of clarity, we’ll refer to the first grouping as the “Hero of Time” collection and the second as the “Triforce” collection.

Which Collection Will Zelda Fans Get

While both collections would be welcome additions to Zelda fans, the “Triforce” collection makes the most sense, both from a financial and fan perspective. There is an inherent risk to releasing a collection of games that have already been remastered on recent hardware, and four of the five aforementioned games have already been re-released on relatively recent systems. Breath of the Wild’s massive success marked a huge growth for the fan base, so it stands to reason that some of the newer fans would love to play an older game from outdated hardware.

Skyward Sword is the only game that hasn’t been remastered, so the possibility of re-releasing the 2011 classic alone should be enough to sway Nintendo towards the Triforce collection. This game is probably the least loved in the series, but Nintendo can improve the game’s reputation by fixing the buggy motion controls on a Switch release.

The Wind Waker and Twilight Princess both had HD releases in recent years, but a good percentage of fans never had a chance to play them. The reason: the Wii U. Lacking a true system seller, only the most devoted of fans ended up buying the underwhelming console, which means that, relatively speaking, there aren’t too many people that bought either of HD Zelda’s. Nintendo should have no trouble re-packing these Wii U games and selling them to us all over again. After all, they’ve done it plenty of times with Mario Kart 8 Deluxe, Pikmin 3 Deluxe, Hyrule Warriors: Definitive Edition, and so on.

In total, these two Wii U releases combined to sell approximately 3.5 million copies. By comparison, Breath of the Wild sold almost 20 million copies, and that doesn’t include the holiday numbers. That leaves roughly 16.5 million people with a clear interest in the Zelda series that didn’t buy the HD releases on the Wii U, and nobody has a Wii U anymore. Releasing these two games along with a potentially remastered Skyward Sword is a great way for Nintendo to turn a profit and for the fanbase to revisit some classics they probably skipped on the Wii U.

More on the Way

Depending on how optimistic you are, there could be another reason Nintendo would re-release the “Triforce” collection over “Hero of Time”. Both Ocarina of Time and Majora’s Mask originally debuted for the Nintendo 64, while all the other games were for either the GameCube or the Wii. This is all purely speculative, but some believe that Nintendo 64 games will, slowly but surely, start making their way onto the Nintendo Switch Online service, or NSO for short.

So far, the NSO has been pretty underwhelming. Billed as a successor to the Virtual Console, the NSO only offers a painfully limited amount of games, and nothing for any systems newer than the SNES. That could change soon, as Nintendo certainly has the ability to add N64 games as part of the NSO. If this is in their long-term plans, then it doesn’t make any sense for Nintendo to release a collection of Nintendo 64 games.

Super Mario 3D All Stars includes Super Mario 64, arguably the most successful game in the N64’s catalogue. Seeing as Nintendo is halting sales of the collection on March 31st, it stands to reason that Nintendo 64 games could start releasing on the NSO as soon as mid-2021. Again, this is all purely speculative, but it’s definitely possible and is yet another reason why a re-release of Ocarina of Time and Majora’s Mask are unlikely.