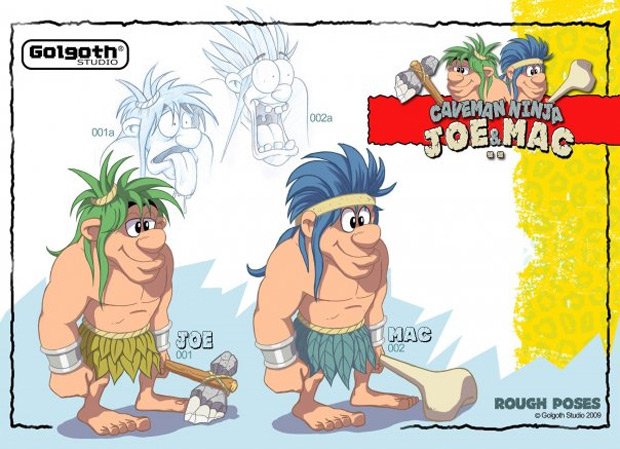 GameRant.com contributor Amari Giles, via an announcement from game publisher Microids, has reported that the French company is planning on remaking the classic Joe and Mac game. The original Joe and Mac sidescrolling platformer was released on the SNES in 1991 and could have up to two players. Microids is promising new levels among other features to give fans both a familiar and new experience with the beloved cavemen. Developer Mr. Nutz Studio will be put in charge of revamping the retro game into a whole new experience for gamers. While Joe and Mac do not have the name recognition of the more recent remakes, the allure of a remade Data East game is ever present.

The Stone Age Rockstars Will Be Revived For 2022

According to the company’s statement, this Joe and Mac remake will be the first of many Data East titles to be remade. Remakes of popular, not to mention rarer games, are a good business move for companies looking to cash in on previous titles. Nostalgia is a powerful tool that can be very profitable when used correctly. The two cavemen hit the SNES scene with more praise than scorn, with reviewers considering that console version better over the Sega and original Nintendo’s. The question is how come more mainstream games were not being sought out for remakes, such as FF7 by Square Enix. The answer could be that Microids saw that market was already saturated and wanted to go in a different direction.

What Else is Rumoured to be on Tap for a Remake?

Some other titles that are being looked at for remakes include Super BurgerTime, Express Raider, and Bad Dudes.  These Data East games are not just retro but are unique in their own style of play, which has an attractiveness to them. One you can play two cavemen rescuing kidnapped women, or take a western-style turn to experience shootouts and robberies.

This is surprising, yet wonderful news as Joe and Mac will represent the first of many older titles that will be remade for modern-day gamers. Keeping alive the classics will bring experiences to new gamers and can revive gems that history may have forgotten. I was a big Joe and Mac: Caveman Ninja fan back in the day who loved the funky music, the humorous enemy animations, and being able to play with friends and parents. Sometimes we as gamers get lost in the graphics or the fancy dressings, instead of enjoying the simplicity of older games that bring us back to simpler times.