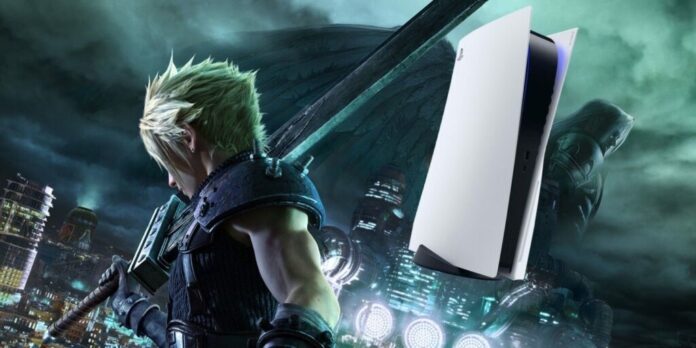 Cloud Strife is an ex-SOLDIER employed by a mercenary group known as AVALANCHE to attack Mako reactors set up by the Shrina company. AVALANCHE’s goal is to save the planet through the prevention of Shinra’s continuous mako harvesting. Mako; subsequently, is the life energy of the planet. Barett, AVALANCHE’s leader, tells Cloud AVALANCHE is doing what is right while Cloud struggles at times with the group’s methodology. Reuniting with an old childhood friend in Tifa further causes Cloud to struggle with either continuing mercenary life or joining the fight against the Shinra.

Things; however, take a turn for the worse when an old nemesis from the past returns. Sephiroth’s return; consequently, forces Cloud to face the past and to examine why certain memories are blocked. A fateful meeting with Aeris the flower girl introduces the new game mechanic of the ghosts, who are trying to maintain the events from the original Final Fantasy 7. Cloud is forced to re-discover himself while battling the Shinra and Sephiroth.

Players of the original however, will discover the new changes that are represented in the ghosts’ actions.

Differing from the original, Final Fantasy 7 Remake used real-time combat instead of turn-based. Players; consequently, could actively switch between characters to use their special talents. For instance, Cloud uses sword melee combat for up-close action while Barett’s gun arm can attack normally out of reach enemies. Aeris uses her staff for long-distance attacks while Tifa’s speed and fists allow for extra hits and better maneuverability Enemies attack in real-time; however, so quick thinking is necessary. Characters learn special skills through mastering their weapons, allowing for better customization of characters by the player. Similar to Final Fantasy X; moreover, character statistics get increased through grids. Cloud can be a dual-threat with magic and melee; in like manner, Tifa can be strictly a powerful melee fighter.

Magic and materia are upgraded, especially concerning Summons. Summoned monsters used to be a one at a time attack; however, now they join you in the battle for a limited time. Summons attack on their own or can be commanded to use special attacks when the action bar fills up. When their timer runs out; however, Summons use their main attack on enemies before leaving the battlefield. When equipped with weapons, Materia now raises a character’s stats without the former chance of a decrease.

Players can easily switch between characters during combat in order to maximize each of their skills. During non-combat, Cloud can destroy boxes with a sword swing, in order to get items, medals, and HP/MP recovery. Cloud can climb ladders, move through spaces, and run in first person. Controls are straightforward; moreover, adding to the enjoyment of the game.

Final Fantasy 7 Remake’s artwork and designs for the PS4 are stunning with the 3D modeling upgrade. Character models come to life; moreover, they stay true to the original in design. Cities are expansive and make the player feel as if they’re experiencing the environment first hand. Enemies are animated and have their own personalities that create uniqueness and fun fights.

Character voices fit each character’s personality and characteristics. Cloud is mysterious and aloof; comparatively, Aeris is cheery and youthful. There is never a time the voices become disinteresting or annoying; additionally, they add to the environment and ambiance.

The game music has been remastered with slight differences to give the remake an updated feel. All the classics; however, are still there such as; “One-Winged Angel”. The sounds of breaking boxes and sword swings are realistic; as well as, the enemies roars or screams.

CD Projekt Red Issues an Apology for the Poor Quality of...