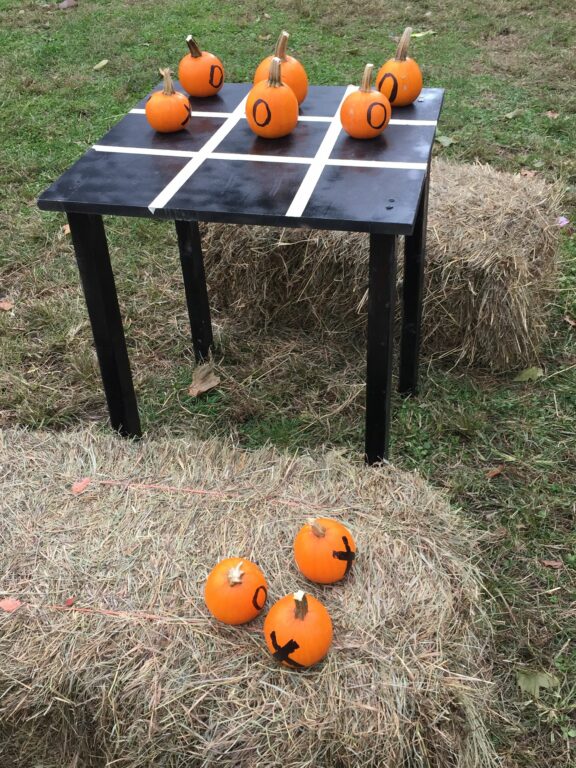 It’s Spook Month, and you know what that means: it’s time to draw the curtains, dim the lights, turn up the volume, and become temporarily afraid of dark corners in your own house. As I do every October, I’m craving some short-but-spooky games to play.

Unfortunately, long gone are my overnight Silent Hill marathons. This is because I am a boring old adult. It doesn’t matter how scary a game is, if we hit 11.30 pm, my brain will slowly stop functioning until I fall asleep.

If this resonates with you, then you’re in luck! There are games out there designed for people like us. If you want to have your spine tingled, enjoy a whole game from start to finish, and still be in bed at a reasonable hour, give these short-but-spooky games a shot.

Just don’t blame me if your dreams are a bit weird afterwards.

Spooky, Kooky Games That Will Trick and Treat!

I’ve tried to stay away from games like Outlast, Five Nights at Freddy’s, Doki Doki Literature Club, and Slender: The Eight Pages. Not because they’re not scary (they are) but because if you’re anything like me, you’ve probably seen your favourite YouTubers/Twitch streamers play these games at least once, and I feel they’ve trickled into gaming culture so much that you probably have a vague idea on the main story points.

Having said that, if you haven’t played or seen any of the above, definitely check those out too!

If you’re a gamer somewhere in your thirties, you may be riding the wave of nostalgia for the ‘good old days’ of the mid-to-late 90’s. In that case, it’s worth giving Paratopic a shot.

Paratopic (recently released on the Switch, but also available for PC/Mac) is a surreal, low-poly, 45-minute trip. It’s jerky, jumping back and forth in time in a way that never stops being unsettling, as you play through a strangely jumbled story involving cursed videotapes in an eerily lonely world.

A faithful representation of PS1-era graphics, this is a surprisingly beautiful game. Put your headphones in (necessary – the sound design is excellent) and lose yourself in a blissful journey back to the golden age, when the world was different, and you had less to worry about. Just don’t overthink the story too much.

Stories Untold is a collection of episodes that you can pick up and play at your leisure, with an underlying story threading through each one. It’s a text-adventure/puzzle-based game, and the opening episode sees you typing into a fictional computer, playing a text adventure game named The House Abandon. I don’t want to say too much more, but it’s a creepy game with some clever twists and turns.

The whole runtime is around 1-2 hours for the main episodes, 2-3 hours if you want to find everything. The episodic format means you have the occasional checkpoint if you want to spread it out over a couple of evenings. It’s available on PC, Switch, Xbox One, and PS4.

The Uncle Who Works for Nintendo

Available on itch.io, The Uncle Who Works for Nintendo is a text adventure game with five possible endings. Your character is having a sleepover with their best friend. You’ll settle down in the den with a bowl of popcorn to play the N64. All seems well. Until your friend’s mother mentions that an uncle is coming to visit.

It becomes quickly apparent that all is definitely not well with the uncle who may or may not work for Nintendo. My first playthrough left me feeling a bit ‘meh’ – not that scary, a bit over the top – but then I went back and tried to get another ending. Then I got an idea of the richness of the storytelling. Unlike more basic text adventure games, there are many changes you can make to the story, some of which are subtle (have a drink, and you’ll unlock the ‘I need the bathroom’ option) to the obvious (which I won’t reveal because I don’t want to spoil it).

It’s free, and it’s short. Play it through a few times and see what you can do. It’s not ‘jumpscare’ scary, but it’s definitely spooky, and it’s a fun way to spend an hour or so on a dark night.

Bonbon (originally on itch.io, but now available on Steam) is a feverish nightmare from the perspective of a toddler. Staggering around your backyard, you collect toys and bring them into the house for Mummy. Just don’t think about the creature standing over there in the corner.

Managing to brilliantly encapsulate how surreal (and frustrating) it is to be a small and incapable child in an overwhelming world, Bonbon scared me. It scared me so much I actually yelled ‘aaargh!’ out loud.

It’s the very definition of a short-but-spooky game. It’ll be over and done in half an hour or so, but it will linger in your head for a long time afterwards.

A 2D survival horror game, Lone Survivor (PC, PS3/PS4/Vita, Wii U, Switch) is a fun game for Silent Hill/Resident Evil fans. From staggering, head-twitching enemies to some happily familiar sounds, it feels like a nice nod to horror games of the past. Navigating a post-apocalyptic world, you’ll solve puzzles by finding items and combining them, figuring out the story as you go.

You can sneak past enemies by hiding in dark spots, which adds a bit of tension to the game. While it won’t make you jump, the need to sneak around combined with having to find food to survive does make you feel vulnerable. There are a few endings to grab, with one playthrough taking as little as 3-4 hours, depending on how many extra items you want to find along the way.

It’s worth pointing out there are many free-to-play or very cheap horror games out there, particularly on Steam, but it takes a bit of sifting through to find a gem. It’s worth checking out itch.io for creepy games, too – there are some clever, innovative short-but-spooky games to find there if you’re willing to put in the time to search.