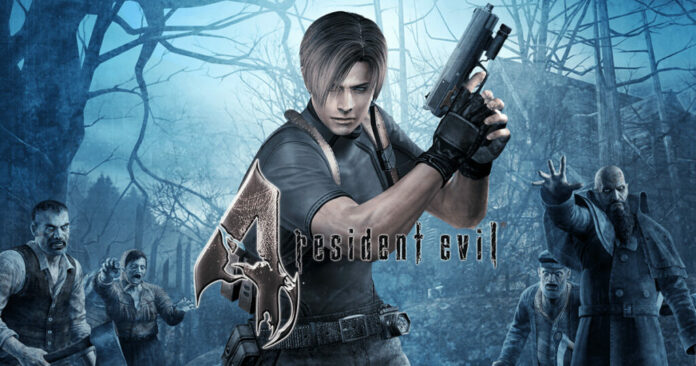 Gaming has a rich history that spans multiple decades. To this end, The Last Word on Gaming Backlog is a series that looks back on titles across all generations. From the golden 8-bit era to the landscape-changing 64-bit scene and beyond, The LWOG Backlog’s aim is history. This time, we take a look at a title that transformed horror in gaming – Resident Evil 4 by Capcom.

In 1996, the gaming world was introduced to Resident Evil. Unlike other action-oriented series during this time, Resident Evil focused on horror, filling the player with dread as they traversed creepy locations and confronted various threats. It forced players to approach said threats smartly, engaging in battle only when needed and conserving resources along the way. While the tank-style controls were criticized by some, the game itself became a hit, spawning subsequent titles on other consoles.

Eventually released in 2005, and developed and published by Capcom, Resident Evil 4 had a long, troubled development. Work on Resident Evil 4 by Capcom in 1998, with the game taking on different forms, including an action-focused title; this would ultimately become the blueprint for Devil May Cry. Furthermore, Resident Evil 4 was originally announced as a Nintendo GameCube exclusive. However, due to poor sales of previous GameCube releases, Capcom shifted focus.

Two months before Resident Evil 4 was set to release on the GameCube in January of 2005, Capcom announced that it would release on the PlayStation 2 the following October. These wouldn’t be the only platforms Resident Evil 4 would find itself on, as history has shown. Despite its troubled development, this game became a classic in its own right. Let’s take a deep dive into this game-changer of a title.

Resident Evil 4 from Capcom stars Leon S. Kennedy, who debuted in Resident Evil 2 in 1998. Now working as a government agent, Leon is tasked with rescuing Ashley Graham, the daughter of the United States President. Leon learns that she was kidnapped by a strange cult, Los Iluminados. They have also been infected by a virus known as Las Plagas, which controls minds and brings out the visceral tendencies of human nature. Not only must Leon rescue Ashley but unravel the mystery of the cult itself.

To say that Resident Evil 4 has a winding story would be an understatement. Without going into spoilers, the game sees Leon encountering many foes, some more powerful than others. Time and time again, what’s deemed the biggest threat changes, as Leon presses forward to save Ashley. One can argue that Resident Evil 4’s story perhaps takes too many turns for its own good. It can’t be denied, though, that the player will seldom become bored.

Resident Evil 4 was the first title in the series to adopt an over-the-shoulder perspective during combat. When Leon arms himself, the camera snaps back behind him, halting him in his tracks. This was a huge departure for the series at the time. Up until now, combat wasn’t the series’ main focus. In Resident Evil 4, fighting hoards of enemies became a focal point. The game itself can still be creepy at times, but more often than not, horror takes a backseat to the action. Whether this was a smart move is subjective.

This isn’t to say that Resident Evil 4 is entirely based on combat. Throughout the game, the player will encounter various puzzles that they will need to solve to progress. Some puzzles are simpler than others, such as finding the right key to a door. Others, such as sliding puzzles, require a bit more critical thinking on the player’s part. Along with the quick time events Resident Evil 4 introduced to the series, puzzling moments keep players on their toes when bullets aren’t being fired or grenades cease being lobbed.

Another element of challenge to consider is inventory management. Leon can collect weapons, ammo, health items, and the like with the use of his attache case, which can be upgraded if the player desires. Nonetheless, like previous games in the Resident Evil series, inventory space is finite. There may come times when players have to decide what to keep and discard. Can the player justify doing away with shotgun ammo or a Red Herb in order to make room for a new firearm? This is an overlooked element of challenge that Resident Evil 4 brings to the table.

With drawn-out colors and a tense atmosphere, Resident Evil 4 certainly looks like a survival horror game. In fact, at the time of this game’s release, it may have been the best-looking game, period. From dilapidated villages to dreary caves and beyond, even the “safe” moments of this game never feel entirely comfortable. It’s a testament to how well this game was designed from an aesthetic standpoint. With subsequent re-releases, it has obviously become less graphically impressive, but it still holds up as one of the best-looking titles of the sixth generation.

Resident Evil 4 is a marvel in regard to sound design, too. When the villagers violently exclaim in Spanish, the player knows it’s about time to fight. The harsh breathing of the Regenerator is among the most unsettling sounds in the game, appropriate for a survival horror title. The game’s soundtrack is just as memorable, presenting tracks that fit each action-packed or tense situation. Misao Senbongi was the composer for Resident Evil 4; she would also work on other Capcom titles Devil May Cry and the 2002 remake of the original Resident Evil.

A single playthrough, depending on how much effort a player puts forth, can be as long as 30 hours. Resident Evil 4 is far from a short game, meaning that it will provide a player their money’s worth. This is especially true with the inclusion of New Game Plus, which allows one to replay the game, this time with any weapons, ammo, upgrades, and money they’ve retained from the previous playthrough. However, there is much more meat on the bones of Resident Evil 4.

The Mercenaries Mode, which is unlocked after completing the game once, is a score-based endurance minigame that tasks the player with killing as many enemies as possible before time runs out. Not only can players go through this mode as Leon, but other notable characters including Ada Wong and Jack Krauser. This mode is incredibly strategic, forcing the player to rethink their approach on each map to yield the best results.

This doesn’t even begin to touch on separate campaigns, such as “Separate Ways” and “Assignment: Ada,” both of which place the player in the role of Ada Wong. Resident Evil 4 isn’t short on content, even beyond the already extensive main campaign. There is ample replayability for those looking to get the most out of their purchase.

As stated earlier, Resident Evil 4 changed the game of survival horror, incorporating more in the way of action to the genre. In fact, this would become the standard for some of the future games that followed, including Resident Evil 5 and Resident Evil 6. To say that Resident Evil 4 was divisive would be an understatement. While it may not have been the standard horror experience, it became incredibly influential, especially concerning its over-the-shoulder perspective, which future games would implement in their own ways.

It can be argued that the series didn’t feel like a true survival horror experience again until Resident Evil 7: Biohazard, which focused less on shooting monsters and more on simply surviving; Biohazard would go on to be followed by Resident Evil Village. For many gamers, this is the way that survival horror should be done. However, it’s difficult to deny the lasting impact that Resident Evil 4 from Capcom created.