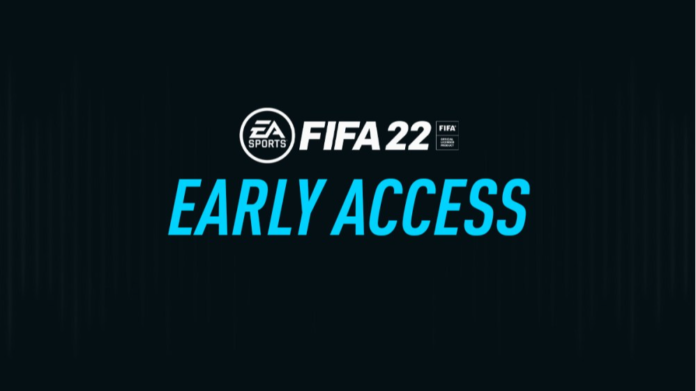 FIFA 22 may not hit the shelves until October 1st, but that didn’t stop thousands of fans picking up the game earlier this week for 10 hours of free access with EA Play. I got my hands on the game and here’s what I’ve thought on Ultimate Team so far with my FIFA 22 first impressions.

I’m playing FIFA 22 on the PS5 edition and so am experiencing the new HyperMotion engine for the first time ever. So far, I’ve loved how the game feels, except for a few bugs here and there.

Although FIFA 22 runs a demo/beta, the gameplay is often vastly different and it’s simply a way of teasing some new gameplay mechanics and seeing how the audience feels about them.

I’ve had issues where my players have frozen when I input the bridge skill move (double-tap RB) and also found some other issues with defending in the game.

Impossible to Score in FIFA 22

What we love about FIFA is scoring amazing goals and cleverly breaking down the opposition’s defence. So far, I feel like you have to score these wonder goals in order to break down the other team.

This is due to how intelligent the defenders are this year. With CBs having high pace, it is quite difficult to get in behind and outpace them. Strength is also key this year, with big players in the middle of the park pivotal in winning the ball back.

If you manage to finally break down the defenders, you will also have a hard task in scoring past the goalkeepers.

I am now going into my 14th year of FIFA and I have never seen goalies this good (even Nick Pope from last year can’t compete).

Flying left and right the goalies are unbeatable unless you have world class finishers at your disposal. The two places where they have been beatable however is from corners, with attackers dominating in the air and there has also been the return of the long-range finesse shot.

By the looks of things, gone are fast counter-attacks, and possesion based players will reap the rewards.

FIFA tends to get patched after a few weeks and the game returns to feeling as it has done in the last few years. With the addition of HyperMotion for PS5, I hope FIFA 22 bucks the trend.

Look out for more FIFA 22 content at LWOG coming soon.