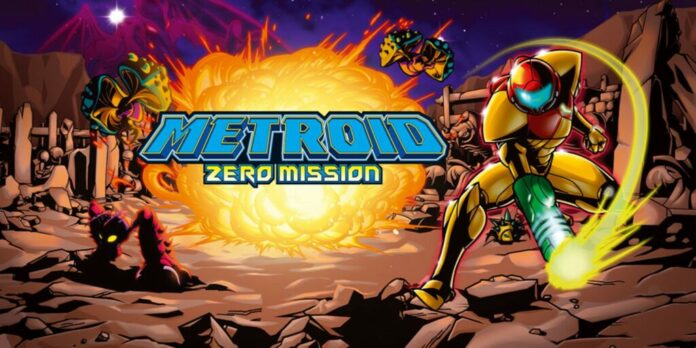 Gaming has a rich history that spans multiple decades. To this end, The Last Word on Gaming Backlog is a series that looks back on titles across all generations. From the golden 8-bit era to the landscape-changing 64-bit scene and beyond, The LWOG Backlog’s aim is history. It’s time to armor up and take a trip to Planet Zebes in a remastering of an old-school classic – Metroid: Zero Mission for the Game Boy Advance. 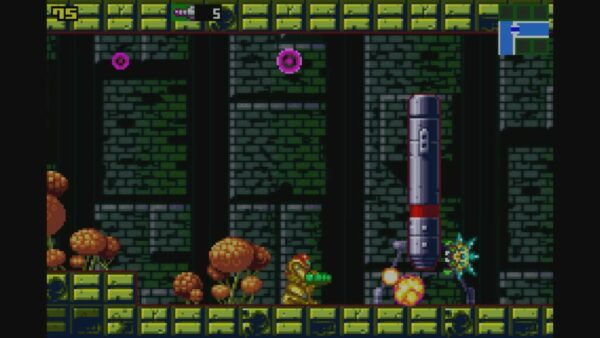 The Best Version of a Nintendo Classic

This past December, on Last Word on Gaming, we took a look at Metroid Fusion for the Game Boy Advance. Released in 2002, this was an entirely new entry in the Metroid franchise, deviating from the formula long-time fans have come to expect. This wasn’t to say that Nintendo abandoned what made said franchise so popular in the first place. To this end, they not only went back to the series’ roots but completely remade the original entry, Metroid for the Nintendo Entertainment System. This led to Metroid: Zero Mission for the GBA. Released in 2004 in North America, Japan, Europe, and Australia, this title was developed internally by Nintendo R&D 1 and published by Nintendo.

As a remake of the first entry in the series, Metroid: Zero Mission for GBA was headed by Yoshio Sakamoto. He directed and produced several Metroid games, dating back to the series’ roots on the NES. Metroid: Zero Mission was designed to honor the original title, all the while provide more background on Samus Aran and improve the user experience. With the inclusion of new content, Zero Mission would become the definitive introductory title to the franchise. Here’s what to know.

Metroid: Zero Mission‘s story is very much in line with that of the original franchise. In the year 20X5, an army of Space Pirates infiltrates a research vessel to steal capsules containing lifeforms known as Metroids. The goal of these Space Pirates is to breed Metroids, utilizing them as biological weapons. In response, the Federation Police targets the Space Pirates on Planet Zebes. The Federation can’t do it alone, however. This is where Samus Aran, the greatest bounty hunter in the world, comes into play. Samus arrives at Zebes, where she was raised, to stop the Space Pirates and the lifeforce of Planet Zebes, Mother Brain.

Across the scope of Nintendo franchises, Metroid is among the most steeped in lore. There is a carefully constructed story that has evolved throughout several games. Metroid: Zero Mission has not only updated the story’s origins but added new chapters, providing more background on the main protagonist. Though the story may not be integral to the enjoyment of Zero Mission, it serves its purpose of providing background, establishing stakes, and giving the game itself purpose from a narrative standpoint. 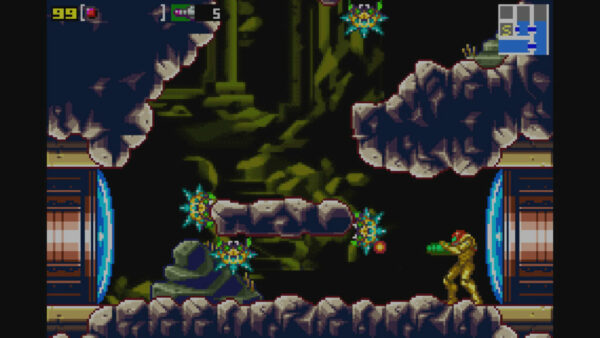 For anyone that has played the original Metroid on NES, Metroid: Zero Mission on Game Boy Advance should feel familiar. Exploration, isolation, and tension were the collective backbone of the franchise; this has been maintained in the remake. However, several smart choices make Zero Mission the version to play. First, unlike its NES counterpart, Zero Mission features a map system. By pressing Start, the player can pull up a map. This shows the player where they’ve been, their current location, and vital landmarks including Elevators and Save Rooms. Though the NES original remains a classic, its lack of a standard map may be offputting by modern standards. Zero Mission‘s map provides direction, all the while maintaining the game’s sense of exploration.

It’s also worth noting the additional content Metroid: Zero Mission offers from a gameplay perspective. In the original Metroid, Samus completed her mission when she defeated Mother Brain and escaped Zebes. While this storyline beat is retained in Zero Mission, it doesn’t mean that the end credits will simply roll. Without getting into spoilers, understand that the end game is different from that of the game Zero Mission has reimagined.

Beyond the core gameplay of Metroid: Zero Mission, this Game Boy Advance remake offers additional features. Included are multiple difficulty modes; these include Hard Mode, which is obtained by completing the game on Normal Mode. Hard Mode offers such features as double damage taken and the removal of certain Save Rooms. Additionally, by completing the game once, the original Metroid for NES is unlocked, fully playable from beginning to end. Add in a bonus Image Gallery that’s unlocked when connecting two Game Boy Advances, each playing a copy of Metroid: Zero Mission and Metroid Fusion, and there’s considerable value to be had. 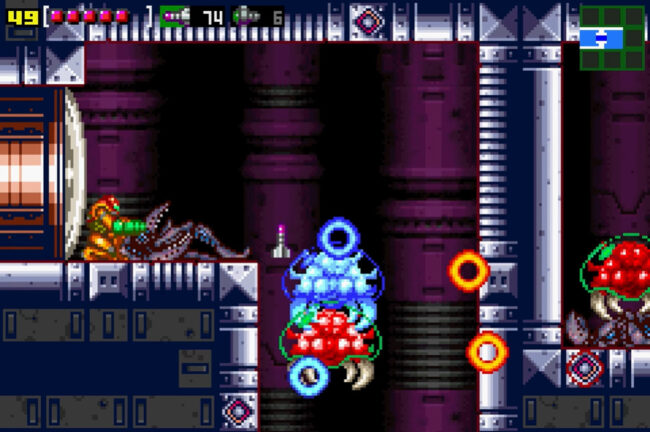 Not unlike Metroid Fusion on the GBA before it, Metroid: Zero Mission impresses from a visual standpoint. In essence, it has given the original NES classic “the Super Nintendo treatment,” bringing the visuals up to a colorful, pseudo-16-bit rendition. Even on the GBA’s small screen, the game looks great. Zero Mission makes the most out of the portable system’s capabilities, all the while retaining the series’ trademark sense of dread. Visually speaking, the reimagining impresses.

The same can be said for the remastered soundtrack from the original game. Despite the GBA’s speaker, which has been known to produce crackling sounds and tinniness, Metroid: Zero Mission has solid music to boast. Everything from the iconic, upbeat theme of Brinstar to the relaxed yet atmospheric Save Room to each bombastic boss theme fits the mood for each particular situation. Metroid: Zero Mission‘s composition is credited to Kenji Yamamoto and Minako Hamano; both are synonymous with the sound department of the Metroid series.

For anyone simply looking to complete Metroid: Zero Mission once, expect anywhere from 4 and a half to 5 hours of gameplay. Keep in mind that this time doesn’t account for such endeavors as scouring Zebes for upgrades, meaning that one’s time with Zero Mission can become that much greater. In addition, consider that like other titles in the series, Zero Mission has multiple endings. To be more specific, there are eight potential endings that the player can reach; these are based on such factors as map completion and how quickly the end credits are reached. Suffice to say, this is a title that will last the average completionist for quite some time.

Upon its release, Metroid: Zero Mission largely received praise from critics, citing how well it brought the original NES title into the modern age, bringing various quality of life improvements and additional bells and whistles to round out the package. Zero Mission only saw one re-release; in North America, in 2016, it landed on the Wii U Virtual Console service. Since then, it has remained out of the public eye. Given how incredible a remake it is, Zero Mission deserves better.

Mere weeks are what keep seasoned fans and newcomers alike from Samus Aran’s debut adventure on Nintendo Switch, Metroid Dread. Now is as good of a time as any for curious minds to explore the bounty hunter’s history throughout her various adventures. When it comes to a proverbial launchpad, there is no place better than the beginning. Even though the original Metroid for NES is the most accessible option, as it’s available on the Nintendo Switch Online service, Metroid: Zero Mission on Game Boy Advance is the better experience.