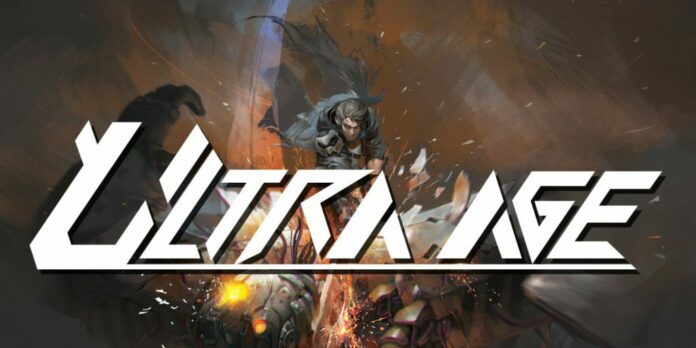 Ultra Age will drop on the Nintendo Switch in early September.  Before the game’s release, we decided to check out the demo available on the Nintendo eShop just as we did with The Plane Effect.

There are some interesting ideas on display in this demo.  Absorbing crystals to make weapons, other crystals being modules for improvement, and having to explore to find power gears to power up are all an interesting base for the demo.  I loved the crystal idea especially because it’s not something I think I’ve ever seen a game incorporate.

The enemies are also well done. Be it the colorful creatures you come across in the wild or the mechs hunting you down they’re creative and unique to Ultra Age.  Even if the graphics in the game aren’t AAA quality they do a good job with the enemies and your surroundings.

That is where the praise will end from me, however.  Ultra Age advertises itself as a “high-speed, sword-swinging action game” but it’s far too easy to die to fully explore the fun fighting.  If your aim is to be a combo smashing action game then I feel like you almost have to make it difficult to be killed.  It’s disappointing because there’s a lot of game to explore and battle but I more often than not would opt to avoid battles out of fear of being sent back to the checkpoint.  This is something that other people may not mind as much but to me if you’re going to be a high-speed action game you have to make the combat an enjoyable experience rather than a fearful one.

Another slight negative is the voice acting in the demo feels incredibly robotic and doesn’t follow the flow of the game.  The robot sounding robotic is fine, but the main character should have some life to their words.  The attempted banter between the main character and robot sidekick also feels forced, this game isn’t Psychonauts 2 that is for sure.

As always, the aim of a demo is to entice a player to buy the full game.  Did the Ultra Age demo achieve this? Not at all. It’s possible this game just isn’t for me or will fix any of these kinks in the full release but it was ultimately a frustrating experience playing the demo.

It is also possible that as the game goes on my issues become minimized but we can only discuss the demo here.  Check out some of the gameplay and make up your own mind! If you like the game make sure to grab it on the Nintendo eShop on September 9, 2021.