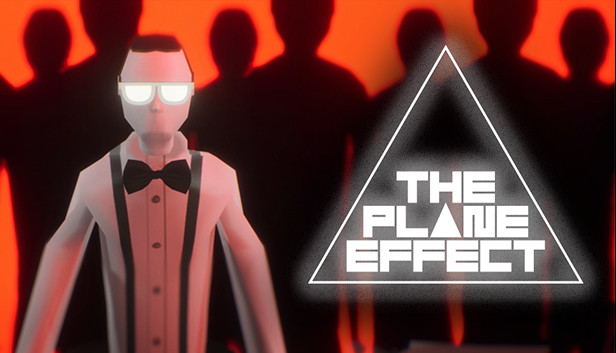 While we may be a month away from the release of PQube’s The Plane Effect the game currently has a demo available on the Nintendo eStore. Just as we did with Arietta of Spirits we decided to check out The Plane Effect demo and give some of our quick thoughts on the game based on the small glimpse we are provided.

One thing that developers Studio Kiku and Innovina Interactive did very well with the game is creating an ambience.  From the very beginning, it is made clear that this is going to be a very dreary game.  The very first thing you see is a lonely office worker, in a darkened room, clickity-clacking away on his computer, there is no life or energy to be found. This mood continued throughout the demo with the feeling of isolation growing as time goes on.  Once again, we must praise the developers for delivering such a great mood for the game and never straying away from it no matter the setting.  The shot of the character getting the elevator out of their office is truly amazing, the colors and music mix perfectly with the hints we see of the harsh outside world.

One issue we did have with the demo is that it never seemed to do much with the game’s narrative.  It seems like yet another game where it feels like it is on the player to make up the necessary subtext to add weight to any given situation.  Why are their drones patrolling the street?  We don’t really know.  Why does a bunch of people watch from the shadows when you’re in the office? Again, we don’t know and the demo doesn’t seem to hint at us ever finding out either.

As we always say, the goal of a demo is to convince the consumer to part with their money for the full game.  Did The Plane Effect demo achieve this for me?  Well, not really.

At first, it seemed like I was going to get something akin to the Stanley Parable but instead, the demo ventured in a different direction.  There were quite a few very good ideas on display in the demo but I never felt like the demo hooked me and gave me reason to continue playing.

In saying that, this may not be the game for me.  If you like games where you’re dropped into a setting and have to pick up on the subtext as you play then this may be a joy for you.  The Plane Effect has a lot of interesting ideas on display and the dystopian setting is an interesting one to explore, it just wasn’t for me.