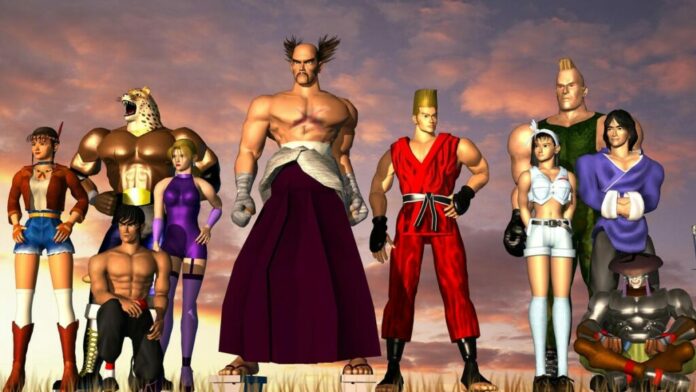 Close your eyes for a second. Can you hear that? That’s the sound of Oasis’s magnum opus What’s The Story? (Morning Glory) whirring through the radio. It’s also October of 1996 and you just can’t stop playing this little fighting game for the PS One. All of your friends keep coming over to claim victory with your damaged second pad, but after all the dust has settled, the king of Tekken 2 still rules the household.

Game of a Generation

The fighting game of a generation, Tekken 2, was released twenty five years ago in North America on August 27th. Whilst it wouldn’t make an EU debut till a month later, the sensational battles of Namco’s creation managed to make their way over to the UK during the golden era of “chipped” games. Having only put the PS One onto the market in 94’, Sony had it easy for a while until Nintendo declared an act of gaming war with the Nintendo 64 in September of 96’. Up until that point however, the PS One had become the primary home of outstanding console gaming. Tekken hit the scene on November 7th 1995, a year after launch, to immense success.

Holding the title of the first PS One game to sell over one million units, it also boasted the accolade of being the first fighting game to feature simulated 3D. In a world where buzzwords like “Ray Tracing” and “4K” are becoming the staple of console gaming, Namco’s tenacity to push the envelope was already present from the second press start flashed up on our screens. With a solid gameplay loop of destroying your foes into a low-poly pulp, the stage was set for Namco to solidify their status as fighting gods.

Godlike status would be afforded to them less than a year later after Tekken’s home release. Eventually shifting a mammoth 5.7 million units worldwide, Tekken 2 didn’t need to keep it’s dukes up around the competition. Impressive statistics aside, just what made Tekken 2 so great? Simplicity.

Namco’s formula for success didn’t need many tweaks to catapult them into stratospheric territory. For starters, the satisfyingly chunky combat was already in place. To take it further, reversals, back throws and side-steps were introduced for select characters. Adding a new dynamic within the innovative level design, players could manoeuvre these environments with a new sense of strategy to inflict maximum damage. No more hiding at the other end of the screen either, because tackles could now take health away.

Tekken 2 didn’t mess around with the roster either. Endless beatdowns were given out by fan favourite Lei Wulong and metallic blasts of strength were dealt by Jack-2. No matter what character turned up for a brawl, Namco had a stacked cast of exciting fighters, new and familiar. Want to live out your Bruce Lee fantasies AND fight a kangaroo? Tekken 2 made that possible.

The real bread and butter of Tekken 2’s ability to hook players came within the form of newly introduced gameplay modes. Survival Mode had players trying to overcome wave after wave of fighters, in a bid to see just how long they could survive for. Time Attack was all about dexterity and efficiency to clear as many stages as quickly as possible. However, Namco saved the best for last.

Team Battle, which could be played with another player, saw teams of 4v4 compete for ultimate social currency. Picking the best of the best to see the gloriously signalling of victory, Team Battle provided players an early form of multiplayer hierarchy long before the gunfire of FPS titans would dominate the industry. Because of the team mechanic, this meant that gamers would have to put in the hours to figure out which characters had move sets that could work in their favour. Would it be the risky Yoshimitsu spin kick or devastating throws from Heihachi that would seal the deal?

Time would surely tell which characters had the fire to win within them. Layered on top of the now signature gameplay style, was the electronically charged soundtrack from composers Yoshie Arakawa and Yoshie Takayanagi. Providing absolute bangers like “Marshall Law (Two Different Sides)” or “Silent Assassin”, the nineties rave induced fever of Arakawa and Takayanagi music cascaded over each incredible session of gaming.

It really is astonishing just how good Tekken 2 is, as both a sequel and genre defining title. After twenty five years and a plethora of sequels, even in its dated PS One fidelity glory, Tekken 2 is still a tremendous title that many modern contemporaries have yet to recapture the magic of.