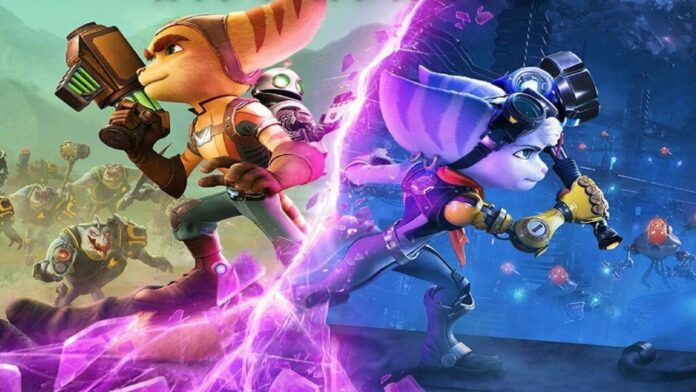 Insomniac’s first game on the PS5 was given a 15 minute feature recently and to say it has the community hyped is a bit of an understatement. Here is a look at the big things we learnt from Ratchet and Clank: Rift Apart’s State of Play.

Ratchet and Clank is never going to break boundaries in terms of storytelling, but their battles against the evil Dr. Nefarious are loved by fans.

From what we know so far, the villain Dr. Nefarious is back to try and achieve world domination yet again. Seemingly he has used a device called the Dimensionator and Ratchet and Clank have been separated in a new dimension where Nefarious is the Emperor.

Ratchet ends up alone and stuck in Nefarious City, but Clank runs into another Lombax named Rivet who is working to take down the Emperor Nefarious.

We seem to be in the era of the multiverse, with the Marvel Universe about to tackle it in feature length films as well.

The State of Play was most keen to show off how Ratchet and Clank was using the power of the PS5 to its advantage.

There was a large emphasis put on the fact that you would feel the power of every gun you use and each gun would also have a unique feeling in your hands.

As Rivet is now a playable character, it would have been nice to see if she had a completely different skill set in comparison to Ratchet. I don’t think this will be the case, and all guns from one character to the other are transferable as well.

The one key difference we have seen so far is that Rivet doesn’t use the wrench that has become so iconic with Ratchet and instead uses a hammer.

Other new features to the game include a new dash mechanic which enables higher mobility and also an ability to avoid damage when fighting enemies.

The power of the PS5 is also heavily utilised with the load times. As Ratchet and Rivet pass through rifts, the change of the map was instantaneous and the lack of loading times makes you feel like you are constantly engaged and playing.

Perhaps most impressive is the scale of the game. The maps looked massive, and at one point, Ratchet is walking down a street when he turns off down a side-street instead to complete his mission.

The level of open world will be interesting to see, but original fans are still being looked after, with fan favourite parts of the game like flying levels and arena challenges back again.

I have never been so excited for a video game. Rift Apart is the main reason why I decided to buy the PS5, and the State of Play gets me more excited to get involved. The team at Insomniac rarely fail to deliver and I hope that this new take on Ratchet and Clank is a standout yet again.

What is The Top Selling Mario Game of All Time?