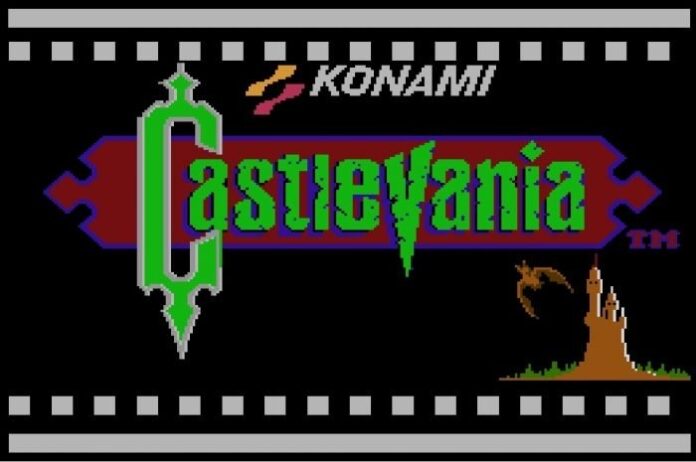 Gaming has a rich history that spans multiple decades. To this end, The Last Word on Gaming Backlog is a series that looks back on titles across all generations. From the golden 8-bit era to the landscape-changing 64-bit scene and beyond, The LWOG Backlog’s aim is history. Prepare to battle the forces of The Count himself, as we take a look back at the original Castlevania on NES.

The original Castlevania for the Nintendo Entertainment System was one of the first titles on the system that possessed a cinematic flair. The game’s director, Hitoshi Akamatsu, was an avid cinema enthusiast. Thus, he desired to create a game that featured elements of cinema. This level of inspiration can be seen in Castlevania’s gameplay. Look no further than the utilization of a whip as the primary weapon; Akamatsu was a fan of “Raiders of the Lost Ark,” too. Given that this film’s main protagonist, Indiana Jones, wielded a whip, Akamatsu’s love for film permeates throughout Castlevania.

Developed and published by Konami, Castlevania for NES saw a 1986 release in Japan before landing in North America the following year. Originally released on the Famicom Computer Disk System in the former region, Castlevania was such a hit that it eventually reached other areas of the world. From there, Castlevania for NES became one of the most popular games on the system. When it comes to retro gaming in general, this title remains highly regarded. What, exactly, makes this gothic action platformer so memorable? Let’s take a closer look.

Castlevania for NES centers on Simon Belmont, a whip-wielding vampire hunter tasked with slaying Count Dracula. By doing so, Simon will be able to put an end to the nefarious Count’s curse once and for all. However, this task won’t be an easy one. Throughout Dracula’s estate, Simon will encounter such foes as zombies, bone-throwing skeletons, fast-paced hunchbacks, axe-heaving knights, and even the Grim Reaper himself. Will Simon be able to overcome these foes before ultimately using his whip as a proverbial stake, putting an end to Dracula’s terror?

As the series progressed, Castlevania’s narrative became more sophisticated, with multiple games possessing deeper stories. However, the series’ original title tells a basic tale of one man battling hoards of enemies to slay a great evil. As anyone that has spent time with the NES library will attest, story is the least important component. Castlevania for NES is more well-known for other areas, starting with…

The NES had no shortage of 2D platformers and Castlevania fits in perfectly with the rest. However, while many platformers saw characters defeat enemies by jumping on them – think the original Super Mario Bros., for instance – Castlevania has the player using Simon’s signature Vampire Killer as their main method of offense. The Vampire Killer attacks with quickness and can be upgraded to become even stronger. However, this is just one piece of the larger puzzle that makes up Simon’s offense.

Throughout Castlevania’s eighteen stages, there are numerous hidden weapons that Simon can utilize. By holding up on the Control Pad and hitting the B button, Simon can attack with auxiliary weapons, each with its own unique function. The dagger can attack from afar in short order, the powerful axe launches in an upward arc, and the stopwatch halts enemy activity for a brief period, just to name a few examples. Many of these weapons will prove useful during boss battles, too, which makes experimentation essential.

Castlevania has developed a reputation as one of the hardest games on the NES. Not only do many enemies hit hard and fast, but the element of recoil makes this title an extra challenge. Whenever Simon is struck, he is sent backward, which can be troublesome when navigating pits or attempting jumps. In fact, it’s fair to assume that, for a novice, most lives lost will be due to an unlucky recoil. Despite this, as well as the game’s age, Castlevania for NES remains a classic.

To call Castlevania for NES “gothic” would be an understatement. It’s important to note that, up until this game’s release, most NES games utilized vibrant colors and family-friendly aesthetics; consider the aforementioned Super Mario Bros. Castlevania was far more dynamic by comparison. The opening scene, which sees Simon approach the gate leading to Dracula’s castle on a dark night, immediately sets the tone for the adventure to come.

Castlevania released fairly early in the life of the NES, but Konami made the most of what the console had to offer. Visually, it’s a treat, possessing darker imagery for an action-oriented game. From the backgrounds of stages to enemy appearances and beyond, Castlevania was a good-looking game for its time. Simon himself is distinct from his environments, too, which makes it easier to differentiate him from everything else. This is especially handy when certain stages become hectic.

The soundtrack of Castlevania for NES is one of the most memorable on the platform, too. The game was composed by Satoe Terashima and Kinuyo Yamashita, both of whom established a score that’s fondly remembered to this day. Stage one’s track, known as “Vampire Killer,” is perhaps the best-known song of the franchise. It’s fitting for an action game but its spooky overtone ensures that the player isn’t too comfortable. Castlevania’s soundtrack is effective, timeless, and to many, perfect.

Like many NES games with increased difficulty, Castlevania relies on its challenge level as a means of replayability. In other words, the player is more likely to spend time beating the game than replaying it multiple times. Had Castlevania for NES been easier, perhaps the average player would get through the game in only a few hours. This isn’t to say that every game should be a twenty-to-thirty-hour romp, but it’s clear that Castlevania’s difficulty level factors into the time it will take one to reach the end credits.

Following completion of the main game, Castlevania opens up with an additional difficulty level: Hard Mode. One of the main features of this mode is certain enemies, including flying Medusa Heads, in areas where they weren’t in the original. In addition, certain enemies move faster and deal twice as much damage, making them all the more challenging. Castlevania’s standard mode is challenging enough on its own. However, for those that feel like they can take on more, consider diving into Hard Mode.

The impact that Castlevania on NES made is nothing short of incredible. On the same console, three Castlevania titles were released; while the second entry, Simon’s Quest, featured more in the way of roleplaying elements, the third, Dracula’s Curse, went back to basics while incorporating other playable characters. From there, the series found its way onto multiple consoles throughout the generations. The Super Nintendo, Sega Genesis, and PlayStation were just a few platforms that received Castlevania entries.

As longtime fans will echo, the series evolved. This past December, at Last Word on Gaming, we took a look at the Castlevania PS1 title, Symphony of the Night, which functioned more like an action platformer with RPG elements. This would become the standard formula on the Game Boy Advance and Nintendo DS, too. This wouldn’t have been possible without the original Castlevania, which brought a new layer of action, adventure, and spookiness to the Nintendo Entertainment System.