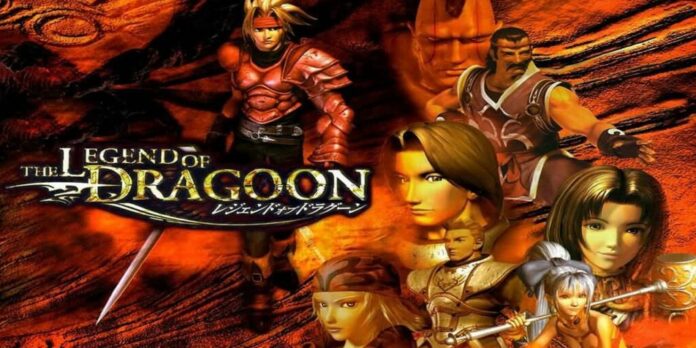 The Legend of Dragoon: A Final Fantasy Rival?

A Story of Love, Tragedy, and Dragons

The story begins with a lone woman on a cliff staring off towards a forested area when suddenly, movement catches her eye. She is shocked to discover that the “Green Tusked Dragon” known as Feyrbrand has awoken and is on the warpath. Rose, as she will become known, goes to investigate, but runs into a young man by the name of Dart. After Dart is rescued he reveals that he is on his way home after seeing soldiers heading in that direction. Rose’s stone starts to react to Dart’s presence, indicating he has the same power she has, the “Power of the Dragoon”.  Dart encounters enemy soldiers who have ravaged his village, slaughtering a large portion of villagers. After defeating the commander, Dart discovers his childhood friend and love interest has been kidnapped and taken to Hellena prison where he must rescue her.

Not Your Typical JRPG Experience

First off, the characters are really well done and do not feel silly. Dart is the standard heroic main character fighting to rescue his beloved Shana from the clutches of the evil empire. However, he presents himself as very serious and strong-minded as he rarely jokes around, while Shana shows she can fight and handle herself in dire situations with her archery skills. Lavitz is a strong soldier who handles himself nobly and with honor in defense of friends and the kingdom by sacrificing his own life.

The story itself is expansive, as it diverges from a rescue mission into a larger plot involving dragons, dragoons, and a plot to end the world. From Dart finding out about his past to the introduction of a historical war that is still going on in the present day, the plot has enough variety to stay engaging. There are the standard sidequests, but they are enjoyable. An example would be trying to find all the 100 hidden stardust to unlock a secret boss fight.

A Unique and Engaging Battle System

Once in the village, the player can take control of Dart. The battle system is very unique and creates an engaging experience that doesn’t feel repetitive. Characters use attacks known as “Additions”, which require specific buttons to be pressed in a timing game. The additions are very powerful, entertaining to watch, and keep players engaged in battles as opposed to button mashing seen in many JRPGs. Once the mastery of dragoon transformation is introduced, battles become more strategic and complex. Characters can transform only when their dragoon bar is full, and when they do there is a limited amount of time to stay in that form. The dragoon animations and transformations are not long, but they show off the game’s design and art very well. Each transformation is unique depending on the corresponding dragon, as well as the design of the armor.

I felt very accomplished after being able to master all character attacks. It’s a rewarding challenge, as is leveling up dragoon attacks. The animations and designs of attacks are on par with the Final Fantasy Seven and up series. I also adored the battle music for both regular and boss fights. The intensity exemplifies the challenge faced, and the panic the characters are supposed to feel.

A cult classic among JRPG fans, The Legend of Dragoon offers plenty of stories, action, and of course, dragons. Fans have been clamoring for a remake a la Final Fantasy Seven, and have even started a petition for a remake or a sequel to be made. Although still in the vein of classic JRPGs like Final Fantasy, The Legend of Dragoon has enough variety and individuality to stand out.