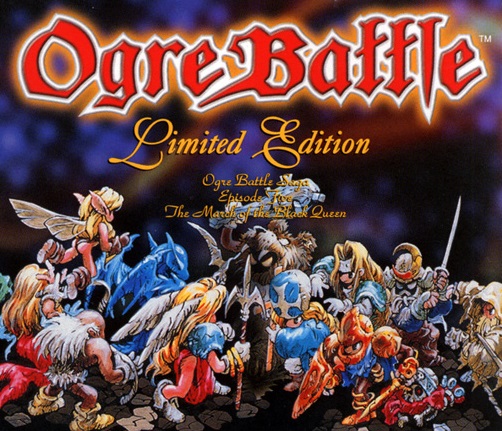 Ogre Battle: March of the Black Queen was released for the Super Nintendo in 1993 and eventually the Sega Saturn and Playstation One. Ogre Battle was the first installment in the series that would carry over to other systems; such as the Nintendo 64 and Playstation Portable. With a unique story, battle system, and characters, this game is considered by many to still be a classic for the older systems.

The story, while seeming very standard for good vs evil archetypes, is actually unique. The player can choose the fate of the empire by choosing from a variety of endings. These are based upon whether the main character goes down the path of good, neutrality, or evil. This system is similar to the Dungeons and Dragons franchise, which eventually evolved to having nine alignments from the basic three.

Characters get a backstory, but the lack of depth can be apparent without the use of a guide. The number of characters contributes to a lack of depth due to trying to balance out everybody. Backstories; however, are furthered in the sequels.

Players control multiple units with the purpose of liberating towns and temples. Units will either liberate or capture locations; consequently, depending on the alignment system. This system requires the player to keep a balanced army in order to fill the reputation bar. Another unique aspect of Ogre Battle is that the player can choose to capture every city, which in turn, empties the reputation bar and turns the main character evil. This is a fun aspect as this system actually influences how certain characters treat you and, which ending you get. Also, when a city is taken the player can draw a tarot card, which has a wide range of effects.

When two units clash the screen switches to a close-up of the character models with each character using an animated attack. Whoever deals the most damage wins the skirmish. The battle system itself is very straightforward and adds to the fun of those battles. There is enough of a challenge to entice experienced players through the game mechanics and battle system. There is enough variety in class types that players can enjoy trying out multiple combinations in battle without it getting repetitive. Defeating the area boss completes the area and advances the story to the next location.

Controls are very straightforward throughout all three systems. Players not used to tactical or strategic games will have no problem with the controls.

The graphics are good and simplistic, but would not hold up to later systems or games. The main characters have portraits and models that have animations for attacking. Special scenes are not animated. Due to being released in 1995; however, many early tactical games used the same styles.

The music is orchestral and fits in perfectly with the theme of Ogre Battle. Battles feel intense and dramatic. Specific terrains have unique music to engage the player consistently in the quest for rebellion.

Ogre Battle: March of the Battle Queen is very fun and at times challenging play for fans of tactics and strategy. With its unique and complex mechanics, Ogre Battle has a lot of replayability. This game gets a 9/10 for being complete in all areas.