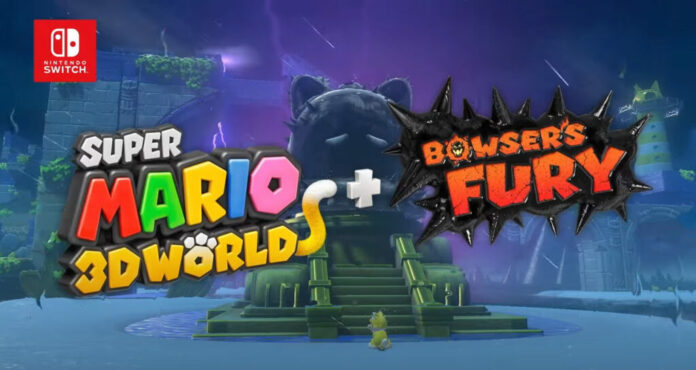 Super Mario 3D World + Bowser’s Fury is the first high profile Nintendo Switch release of 2021.  The Wii U port brings the game to a whole new audience while adding on Bowser’s Fury to add something new to proceedings.  We’ve played almost all of the 3D world so far and played a good bit of the original Bowser’s Fury so let’s get into this review.

Initially releasing in November 2013 on the Wii U Super Mario 3D World was one of the must-buy games on the often criticized Wii U.  With the success of the Nintendo Switch we have seen a number of games ported from the Wii U to a whole new audience, Super Mario 3D World is the latest in the line of ports.  This time though, unlike on other occasions, Nintendo added something more with Bowser’s Fury.

Super Mario 3D World plays as smooth as ever and makes the jump to the Switch very well.  The touch screen sections can prove a bit difficult on the console but they’re few and far between.  The added touch of each character having different pros and cons adds another dimension to things as players with difficulty platforming can play as Princess Peach as she can hover, while players wanting the most balanced experience can play as Mario.  The gameplay within the levels is varied enough that the game never gets tiring making it a breeze to play through.

Bowser’s Fury changes things up as it is an open-world experience where Mario is the only playable character.  The game still controls well but the open-world experience is much different from the level-based gameplay of 3D World.  Bowser’s Fury also adds in Bowser Jr. who can help you out by eliminating enemies for you allowing you to solely focus on the platforming.

The only annoyance is that at times if you haven’t collected enough star coins or cat shrines you come to a bit of a standstill which is a gaming mechanic that some people may dislike more than others.

The game controls are much like any other Mario game with the jump button, crouch button, and touch screen acting as they have in previous games.  The controls are very intuitive with the only change coming if you select a different character like Toad who doesn’t jump well.

This game is as beautiful as ever, each different world presents a unique fleshed out setting that Nintendo has packed with life.  The bright tone of the graphics fits the fun vibe of the game.  Bowser’s Fury changes things up and brings a darker tone to the game.  The new, more evil Bowser looks incredibly cool and unlike anything the Mario series has ever had. The open-world looks just as good as the levels in 3D World and the tonal shift in the game is incredible to see.

The soundtrack to the game accompanies the gameplay very well, during 3D World there are cheery tones playing over most of the levels while any danger is met with more ominous music.  There are also some fun throwbacks like the Mario 64 track that plays when you ride on Plessy.

Again Bowser’s Fury offers something different as Bowser attacks are accompanied by rock music, this high tempo music fits the panic of being chased by overpowered Bowser.  When Bowser isn’t chasing you the soundtrack is much more mellow if unmemorable

One of the best Wii U games makes a seamless transition to the Nintendo Switch.  The addition of Bowser’s Fury gives even more life to this game, although alone may not be enough to tempt Wii U owners to re-buy the game.  While the mandatory Star Coin collecting can be aggravating as it brings you to a standstill on occasion the rest of the game is an amazing and fun experience that we will be playing for months to come.