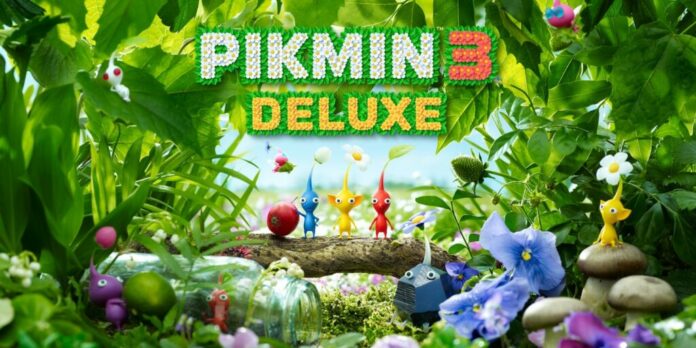 As an enhanced port of the Wii U title, Pikmin 3 Deluxe for the Nintendo Switch released on October 30, 2020. Pikmin 3 Deluxe features all content from the original game, in addition to new content including storyline cooperative play and multiple difficulty modes. While this series may not have been among the top names from Nintendo, Pikmin has found a devoted audience over the years. The recent success of this port, particularly in Japan, is evidence of this.

In Japan, Pikmin 3 Deluxe has officially become the best-selling entry in the series. As of this writing, it has seen 513,225 physical sales, outselling the original Pikmin that released on the GameCube back in 2001. It’s important to note that the original title saw a port on the Wii, in 2009, as part of the “New Play Control!” series. Here is the full run-down of the Pikmin series in terms of physical sales in Japan.

As stated earlier, Pikmin is among the lesser-known Nintendo franchises. Needless to say, it isn’t commonly discussed among the likes of Super Mario, The Legend of Zelda, or Pokemon, to name a few examples. However, it has become popular among a dedicated audience, not only due to its strategic gameplay but its overall presentation, dropping players in a world where they traverse real-life settings from the perspective of insects. However, the news of Pikmin 3 Deluxe’s success in Japan indicates greater potential for the franchise.

Pikmin 3’s porting to the Nintendo Switch was a smart business decision. While the game received strong reviews when it was released on the Wii U, sales weren’t as optimistic. With that said, this had less to do with the quality of Pikmin 3 and more to do with the fact that the Wii U performed poorly on a commercial level. Thus, when Pikmin 3 Deluxe was announced, it gave the game a new lease on life. This practice has been seen with other Wii U titles, including the upcoming Super Mario 3D World + Bowser’s Fury title.

With the success of Pikmin 3 Deluxe on the Nintendo Switch, it begs the question: is there any hope for a Pikmin 4? There have been rumblings of a mainline title dating back to 2015, but so far, nothing new has been shared. However, with the right marketing, one can make the argument that a fourth mainline Pikmin has the potential to be the new best-selling title in the franchise.