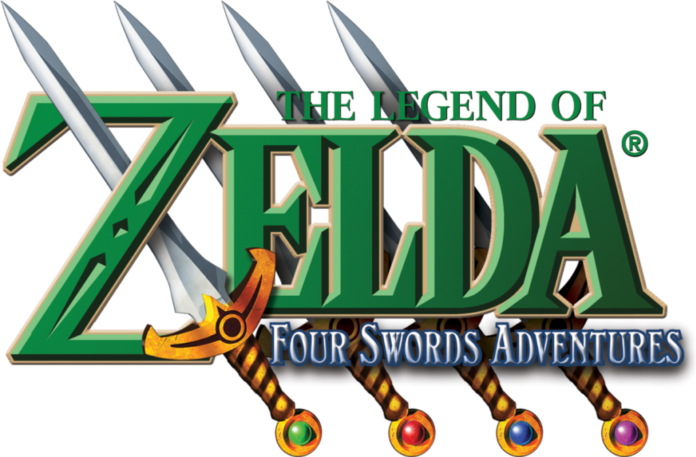 Gaming has a rich history that spans multiple decades. To this end, The Last Word on Gaming Backlog is a series that looks back on titles across all generations. From the golden 8-bit era to the landscape-changing 64-bit scene and beyond, The LWOG Backlog’s aim is history. Shifting the focus to the quirky yet formidable Nintendo GameCube, we take a look at the multiplayer action-adventure title, The Legend of Zelda – Four Swords Adventures.

By and large, The Legend of Zelda has remained a single-player experience. However, there have been a few instances when multiplayer has been the focus. The first prominent example of this was the Game Boy Advance port of A Link to the Past. In addition to a tweaked version of the Super Nintendo classic, it featured a multiplayer mode known as Four Swords. Essentially, if multiple people owned the game, they could link up and play through an exclusive campaign. Four Swords was a well-received concept that Nintendo would revisit a few times in the future.

Enter The Legend of Zelda – Four Swords Adventures for the Nintendo GameCube. In Europe and North America, the game was bundled with a Game Boy Advance link cable. In this game, multiplayer by having each player connect their own GBA connected to the GameCube via said link cable. While Four Swords Adventures could be played solo, either with a GBA or the GameCube controller, its real magic came to life when four players worked together. The Legend of Zelda – Four Swords Adventures was developed and published by Nintendo, seeing a 2004 release in Japan and North America and a 2005 release in Europe.

The main mode of The Legend of Zelda – Four Swords Adventures is Hyrulean Adventure. In this mode, Princess Zelda summons the help of Link, as she believes the nefarious sorcerer, Vaati, is set to break from his seal. To prevent this, they approach the Four Sword Sanctuary, guarded by six maidens. As Zelda and the maidens attempt to open the sanctuary’s portal, they are stopped by a shrouded doppelganger Hylian known simply as Shadow Link. The nefarious shadow kidnaps Zelda and the maidens. Not long after, Link claims the Four Sword from its pedestal, creating three clones of himself with uniquely colored tunics. To stop Shadow Link and the returning Vaati, as well as rescue the sealed maidens, Link and his clones must work together.

Four Swords Adventures presents a story that lends itself well to a fantastic adventure to come. Furthermore, it puts Vaati in the driver’s seat as the game’s looming villain. Ganon has been the perennial final boss of the series, so when another evil takes the spotlight, it presents a unique end game. Throughout the game, Vaati’s presence can be felt, such as through the constant interference of Shadow Link. Granted, Four Swords Adventures doesn’t have the same in-depth narrative as Ocarina of Time or Breath of the Wild, to name a few beloved Zelda titles. However, for this multiplayer romp, Four Swords Adventures’ story is suitable. It doesn’t bog down the multiplayer experience this title is known for.

One of the main features of Zelda titles throughout the years is its open world. From the jump, this is where Four Swords Adventures differs. This title is broken up into levels, not unlike fellow Nintendo series Super Mario. However, each level has a unique gimmick to it. For instance, the Village of the Blue Maiden focuses less on combat and more on problem-solving, where players assist villagers en route to the goal. Each level is geared with cooperative gameplay in mind.

Four Swords Adventures is surprisingly unpredictable, too. One of the reasons for this is Shadow Link, who arrives at certain points in levels. Whether it’s spreading fires through grass or dropping instant-death bombs that slowly tick down, Shadow Link’s inclusion keeps players on their toes. Another element that does this is the Force Gems. These are collected throughout levels and once players gain enough of them, they will enjoy increased attack power. This is one of the areas where competition among players will be rampant. The challenge of collecting Force Gems, gaining more than your fellow Links, seldom grows old.

As stated earlier, Four Swords Adventures is broken up into levels, which results in a linear gameplay experience. This may turn away long-time Zelda players that have never picked this game up. Rest assured, however, that it’s a change worth warming up to. This is especially true when multiple players are involved. Four Swords Adventures is a perfectly enjoyable game when playing solo, which is where one player will control all four Links in a centralized group. However, for intended play, it’s recommended to gather three friends to partake.

The Legend of Zelda – Four Swords Adventures features a graphical style that’s familiar yet fresh. Taking heavy influence from A Link to the Past, the top-down Four Swords Adventures takes cues from Wind Waker and The Minish Cap as well. This title is cartoony in presentation, from the way that the four Links look to special effects like the explosions that take place. It’s not a graphically intensive game, even by GameCube standards. Nonetheless, it runs perfectly smooth, which is what any multiplayer title should strive for.

Like other Zelda titles, Four Swords Adventures possesses a strong soundtrack. Fans of previous Zelda titles will be pleasantly surprised to hear older tunes revisited; these include the songs played in A Link to the Past where Link traverses caves or wanders outside in the rain. However, this game’s original tunes, such as for the aforementioned Village of the Blue Maiden, are solid as well. Given that the famed Koji Kondo had a hand in creating Four Swords Adventures’ soundtrack, this level of quality should come as no surprise.

When it comes to the time it would take to beat The Legend of Zelda – Four Swords Adventures, the experience is substantial. Don’t be surprised if you spend anywhere from 15 to 20 hours to reach the end credits, especially with multiple people playing. Once again, the single-player experience is fun, but when one to three other people are in the same room, Four Swords Adventures can be incredibly chaotic. In this sense, it can be considered an action-adventure party game hybrid. It’s also important to note that, for English-speaking players, Hyrulean Adventure is just one section of the game.

Shadow Battle is Four Swords Adventures’ dedicated multiplayer escape. In this mode, players battle one another throughout a selection of stages. Players are encouraged to use everything to their advantage. From the swords that the Links are equipped with to rocks that can be thrown to special items such as bows and bombs, there are plenty of opportunities to gain the upper hand. These battles can become incredibly frantic, especially with gimmicks including irate Cuccos thrown into the fray. If Hyrulean Adventure seems like too much of an undertaking, Shadow Battle is a bite-sized good time perfect for a party. It also goes a long way in increasing Four Swords Adventures’ value proposition.

If a player were to live in Japan, however, Four Swords Adventures comes with one additional mode: Navi Trackers. Originally planned as the solo title entitled Tetra’s Trackers, this mode has players on the hunt for stamps. Interestingly, as players scoured for said stamps, gameplay would be narrated by Tetra, who first appeared in The Wind Waker. Unfortunately, those outside of Japan were unable to play this mode, as it remained exclusive to that region.

Nintendo would go on to revisit the multiplayer Zelda concept years later on the 3DS. In 2015, The Legend of Zelda – Tri Force Heroes was released; this title allowed up to three players to battle and traverse different levels. As opposed to Four Swords Adventures, Tri Force Heroes players connected via local and WiFi networks. In terms of home consoles, Zelda on a multiplayer level has yet to be touched since Four Swords Adventures. Given the portable nature of the Nintendo Switch, there may be no better time to not only bring this concept back but refine it to create a truly unique Zelda experience.