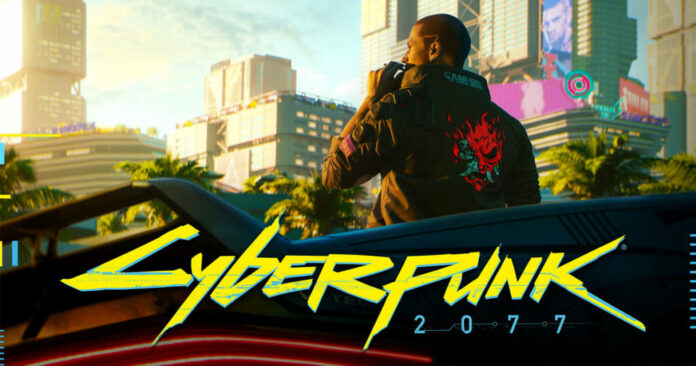 No game in recent memory has had its hype both exceeded and shattered in one fell swoop as quickly as Cyberpunk 2077. Something that largely depends on which version of the game you are playing. On PC, the game’s main platform, it performs well on virtually any type of graphical setting. Playing it on a Xbox Series console or PlayStation 5 yields good results with some bugs and annoyances. Especially after the latest patch hit PS5’s late last week. Although it seems PS5 players are not out of the woods yet on the the intermittent crashing issues. Largely though it is fairly playable on the more powerful and speedier current-gen behemoths.

However, contrary to a statement issued in a conference call by developers CD Projekt Red in late October, the game does not run well on the older consoles. Cyberpunk 2077 is appallingly glitchy, struggles to hit 30 frames-per-second in various situations, and suffers from numerous bugs. Making it largely unplayable on the base PlayStation 4 and Xbox One. Quite frankly, it does not fair all that much better on the mid-gen PlayStation 4 Pro and Xbox One X consoles either.

So, early this morning, less than a week after launch, CD Projekt Red issued an apology for their lack of transparency and poor build quality of said PS4 and Xbox versions.

The first part of their statement alludes to their purposefully devious decision to only give out PC review copies of the game prior to launch. Making it so that the only reviews of the game you could read before release were on the best version. Leaving console owners in the lurch as to how their version turned out. Sadly, the deceit did not stop there, as those same reviewers were prohibited from using any of their own captured images or video in said reviews until a few days later. Thus ensuring anyone who preordered Cyberpunk 2077 could not witness any issues present in the game.

This allowed CD Projekt Red to revel in setting records for Steam bandwidth peaks and on selling eight million copies purchased through preorder. It is quite understandable that as a business, CD Projekt Red wants to ensure it makes as much money as it can. But considering all the goodwill they gained throughout the years with their decisions on The Witcher 3, it is weird to see them go in this direction for a game that was first announced prior to the PS4 and Xbox One generation even existing.

The standard industry practice for early reviews is that codes for each version, depending on availability and community size, are given out to the press and influencers. So, some websites may receive codes for all three versions, while others only get one code for their preferred platform. This provides a wide breadth of distinct views on the product through differing lenses. Granting consumers the ability to choose the best option for them. CD Projekt Red took all of that away by constraining the review process to control the narrative. To be fair, they are not the only company to ever do this, but a large part of this backlash could have been avoided by just being upfront about the problems.

Why Release the Console Versions at All?

The second part of the statement outlines a plan for patches and bug fixes that extends all the way until February 2021. This is of course barring any further complications. Certainly, this is great for those that purchased the game and want to finally play Cyberpunk 2077 as intended. But if CD Projekt Red knew that the console versions were not up to snuff, why not delay them further to make sure they are playable at release? Especially if this is something that is going to take months to fix anyway?

Some of it may be due to pressure from shareholders to get the product out there after numerous delays. Something else that had to be weighing on them is the stories of crunch surrounding the game as well. Not to mention, the vitriol they would surely receive from gamers at the announcement of another delay. Considering some individual members of the team received death threats for the delay from November 17 to December 10, it wouldn’t be a total surprise this was heavily considered as a reason to go ahead and just release it as is.

At Least There’s Always the Option of a Refund

Finally, the last section of the statement concerns refunds. CD Projekt Red is giving anyone that bought the game from now until December 21 to email them at [email protected] or use their console manufacturer’s store or retail chain to get a refund. Both Microsoft and Sony have already been dishing out refunds for many that complained about the game not working on their console of choice. But at least CD Projekt Red is taking some responsibility for the problems by providing a way to go through them directly as well.

Although the timeframe is incredibly short. Considering there are a large number of gamers that don’t keep up with the news surrounding video games, giving people only a week to do a return is not consumer-friendly. Especially with Christmas happening just a few days later and many possibly getting the game as a gift for the holiday. If gamers are not going to see any fruit from these patches until January, shouldn’t the return window be until then? Or at least make it returnable a week from whenever the game is first booted up on the console.

In the end, CD Projekt Red promises to at least make the PS4 and Xbox One versions more palatable to what they should be. Considering there are plenty of recently released games that have arrived on both last-gen and current-gen that have worked just fine. It is still puzzling that they grew so ambitious as to make the PC version night and day different than the consoles the game was originally intended for.

Especially with Xbox Series and PS5 versions yet to come, will this actually come to fruition? Or will the majority of the development weight be put behind making sure the current-gen versions work as best as possible? All the while, hoping that with the holiday fervor out of the way, more people will be able to buy the new consoles instead? Certainly, this is something to ponder as this whole process continues.