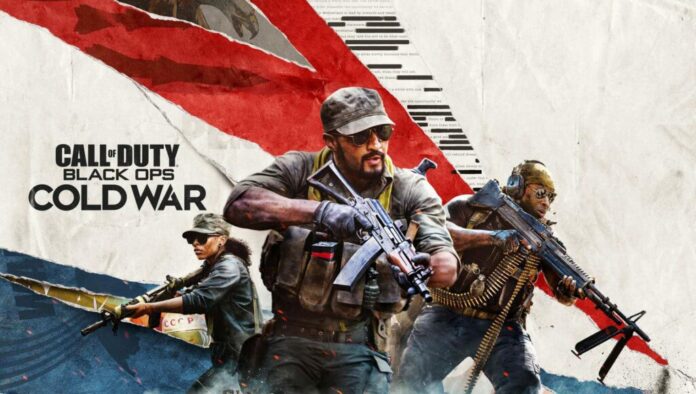 Scouring through Twitch and even on social media, you can see the abundance of gamers flocking to play Call of Duty: Black Ops – Cold War. Having played a COD game here or there, I’ve never been a gung ho fanboy. However, with the fact that this one was cross-generation, I had to get my hands on it. So this is the latest series here at Last Word on Gaming — Casual Gamer with our Call of Duty: Black Ops – Cold War review.

The Microsoft Store had three different choices up for grabs, but since the Xbox Series X would likely be my next console, the most logical one was the cross-gen bundle. For an extra $10 gamers get the ability to play on both the Xbox One and Xbox Series X.

After making your selection, you then have to come to another conclusion, whether to install every piece of the game or not. If you do decide to install the full game, then you will be looking at eating up approximately 187.9GB of hard drive space.

To minimize the file size, you have the ability of which parts of the game to install. You can choose to go without Zombies mode, which will save you around 8GB. Cold War also has an option to download HD texture packs, which comes in at a whopping 38GB. There is also ray-tracing data which comes in at around 12GB. So, even without the optional texture packs and modes, the install size is massive.

I decided to take the full dive and I can’t even say with accuracy how long it took to download. But it seemed like forever.

I will be honest. Being a guy that is as casual as they come to first-person shooters, I tend to get my feet wet with the campaign mode first, before testing the waters online.

The 80’s themed montage that opens the campaign had me quite nostalgic. The theatrical play of the mode is what has me itching for more. At this current moment, I am only a handful of levels deep but have been enthralled the entire time.

There is flexibility throughout each and every level. From the looks of it so far, you can take it slow and steady or sprint through each mission. There are definitely times when the slow and steady will make assassinations easier, but you may take too much time and your target will get away. On the other hand, if you are like Usain Bolt and sprinting through, then you may not be as stealthy as you’d like and be caught.

The nice thing that I’ve noticed so far, is that there is a good mix between sneaking around like a cold-blooded killer and being that gun-happy crazy shooting war hero in Vietnam.

I am invested in this mode and will continue to progress through the levels.

I haven’t dived into the deep end with this one just yet. Instead have taken some baby steps.

One thing that I noticed is that there is a relatively small group of maps available currently, with more already announced.

Combined Arms is Cold War’s answer to Modern Warfare’s Ground War. This was what my controller has been putting up with the most in online play. It’s a 12v12 objective-based mode, where you get to play with some slick vehicles, such as boats on Armada, motorcycles on Cartel, and snowmobiles and tanks on Crossroads.

Lastly, Zombies is back. That’s it.

Call of Duty: Black Ops – Cold War was reviewed on Xbox One.