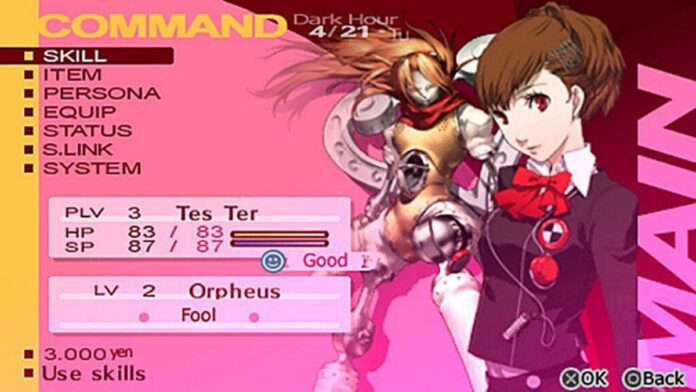 The second full moon boss in Persona 3 Portable is a dual battle against both the Emperor and Empress bosses. Having two enemies to contest with instead of one is quite the jump in difficulty from the first boss, as such I have put together this Emperor & Empress boss guide with boss level, recommended loadout, and other weaknesses to beat the shadows.

The Emperor and Empress are perfect opposites. The Empress is weak to all types of physical attacks which makes her easy to take down. The Emperor is weak to Fire, Ice, Electric, and Wind but can change those with a Paradigm Shift.

Both are Level 16 but with such exploitable weaknesses, the right team could take them out from level 15 upwards. I would recommend trying to outpace them by one level just in case but being just below won’t spell danger this time.

Scan the bosses as soon as the fight starts to make it easier to track weakness changes if Paradigm Shift is activated.

I would assign the MC the role as healer but be sure to bring a persona with healing abilities that is strong against Wind as that’s the only attack the Empress Arcana uses. Also, be prepared to combat the effects of Bewilder and Marin Karin to keep your team fully operational

Divide and conquer, defeating the Empress should be very simple due to her weakness to physical attacks. Take her out first and focus on eliminating the Emperor with magic before he can activate a Paradigm Shift.

What do you think of our Emperor & Empress boss guide? Chime in and let us know