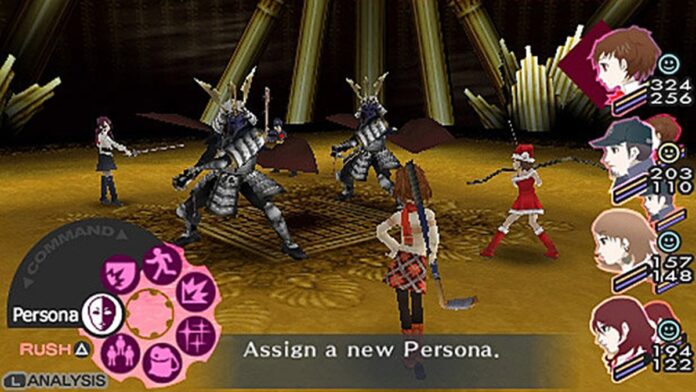 In Tartarus, you will be tasked with defeating bosses on every full moon. One of the best ways to ensure victory over these bosses is to be adequately levelled up heading into the fight. This doesn’t just mean your character’s level but also those of your persona, which can be enhanced through fusions. In this article, I will be taking a look at the full moon boss levels and recommending a level you should reach before taking them on.

The first boss of the game is generally agreed to be a Level 10. I would recommend meeting it head-on by having teammates or persona of an equal level in order to take it on.

This is a dual-boss fight and both bosses come in at Level 16. They have exploitable weaknesses but because there are two you should aim to come equipped with a level 17-18 team.

At Level 25 the Hierophant is known to cause trouble, although Lovers arcana can usually be beaten easily. Entering this fight at anywhere from level 24-26 should see you come away with the win.

The second dual boss sees both enter at Level 31. This is a rather difficult fight so you want to go in over-levelled at about 33 before heading into it.

It’s generally accepted that the Hermit boss is a Level 39. Go into this at level 40 and it should be a cakewalk.

Both are Level 46 but can be very tough. Continue the trend of being 1 or 2 levels above the bosses to make life easier here.

Both Jin and Takaya are Level 53 and relatively tricky. You can win by coming in at the same level as them if you’ve got a well enough rounded team.

The Hanged Man is just one level higher than Jin and Takaya at Level 54. If you went into the last boss on par with Jin and Takaya then this one should be a winnable battle, if a tad time-consuming.

Chidori is Level 56 and much like the last two bosses entering on a similar level to her is the way to go.

This time around Jin is a Level 74. Enter this one with at least level 75 if you want to get the win.

Sasaki is a Level 75 this time around but if you entered the previous boss at Level 75 then beating him should be relatively easy.

The hardest boss in all of Persona 3. The Nyx Avatar is Level 76 but has so many phases that its a gruelling fight. It is generally accepted that you can beat this boss with a Level 75ish cast but I recommend heading in with at least some Persona at level 80 or above to make life that much easier.

Do you agree with our recommended Full Moon boss levels? Chime in and let us know

How To Get Every Capital Ship in Lego Star Wars: The...