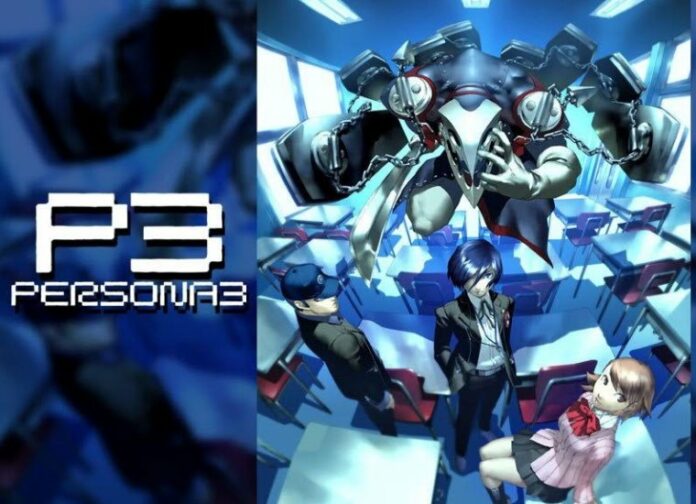 In July of 2006 Atlus first released Perona 3 in Japan.  While it would be some time before the game launched overseas it turned 15 years old just one month ago.  Persona 3 is generally regarded a as classic to this day, and one that helped launch the Persona series to fame, something that Persona 5 followed up on with massive sales.  For the 15th anniversary of this game we will look back at what made it such a special game.

What Made Persona 3 an Instant Classic

One of the things about this game that immediately jumps out is the presentation, from the moment you start your save it leaps into a fascinating world.  The player is immediately met by a cryptic message, telling you that you only have one year before you’re taken to a bright, colorful town intermixed with images of a panicked woman with what looks like a gun held to her head.  The contrast of the colorful world with the cryptic messages is fascinating and immediately pulls the player in.  The addition of the Major Arcana from the occult world further adds to the intriguing presentation of the game.

This continues throughout the game as the colorful and bright world contrasts the much darker story and the green, dead visuals of the “Dark Hour”.  We aren’t experts on the subject but it is hard to think of any video game that managed to mix such a colorful world with a layer of disturbing darkness underneath it so well.

While there is certainly room to criticize the story of Persona 3 from a pacing perspective there is no denying just how gripping it is.  The game continues throwing things at you from start to finish, from the base story of S.E.E.S and trying to save the world during the Dark Hour, to the Velvet Room and Igor’s constant cryptic messaging, to your meetings with the mysterious Pharos there is always something brewing, always a new strand being explored.

The ultimate twist is that your group’s leader has been misleading S.E.E.S all this time and was working to unleash Nyx, a being that will bring the end of the world.  Seeing all of the various messages and warnings come together towards the end of the game as the Death Shadow arc unfolds makes it all worth the wait.

The Nyx Avatar fight is one of the most memorable I have ever played in my decades of gaming.  The game spends a long time telling the player that Nyx is inevitable and that there is no way of stopping it.  That simple storytelling adds gravitas to the fight immediately as it feels like a major battle with the fate of the world on the line.  What follows is a boss battle for the ages that caps off this game wonderfully.  You essentially have to defeat the Nyx Avatar 14 times as each time it is defeated it shifts to a new Arcana, taking on the strengths and weaknesses of each one.  This is a battle that can easily take up a lot of time in real life, and also requires strategic battling from the player if they are to survive all 14 arcana of the Nyx Avatar.

The final boss fight of a game is an essential thing for developers to get right, looking at you Astral Chain, but with Persona 3, Atlus made magic with one of the most fitting and demanding final boss fights I can ever recall playing.

Now, this may seem biased but this writer believes that Persona 3 has one of the best video game soundtracks ever.  A game with a story and premise like Persona 3 requires a very specific soundtrack to fit the game, and Shoji Meguro did an amazing job alongside Yumi Kawamura and Lotus Juice of creating a mix of songs that fit in throughout the game.  Whether that’s the higher-paced, riff-heavy battle songs, or the more opera-inspired Velvet Room song, the game’s soundtrack adds so much to the overall atmosphere of each and every moment.

It’s been a few years since I first played Persona 3, and to this day the ending sticks with me as one of the most emotional moments in my years of playing games.  With the Nyx Avatar defeated the S.E.E.S members have their memory of everything related to the Dark Hour wiped.  They have gone back to their normal lives, but they remembered a promise, to meet up on the roof on graduation day.  Initially only Aigis and the protagonist remember the promise, which leads to an emotional monologue from Aigis who is holding the protagonist in her lap.  Despite defeating the Nyx Avatar, something is off, and you can sense it from Aigis’ words.  As your fellow S.E.E.S members are arriving to the rooftop to fulfill their promise, the protagonist dies while Aigis promises to never stop protecting you.

The main character dying can often feel like a somewhat tropey way to end a game but, as with everything else, Persona 3 does it just right.  It came out of left field during my first playthrough of the game and still to this day makes me feel something in the pit of my stomach.  It is a perfect culmination of everything you have played through in the dozens of hours you have sunk into the game, the music, the dialogue, the atmosphere, it is all perfect. If this ending doesn’t make you feel something then we aren’t sure what will.