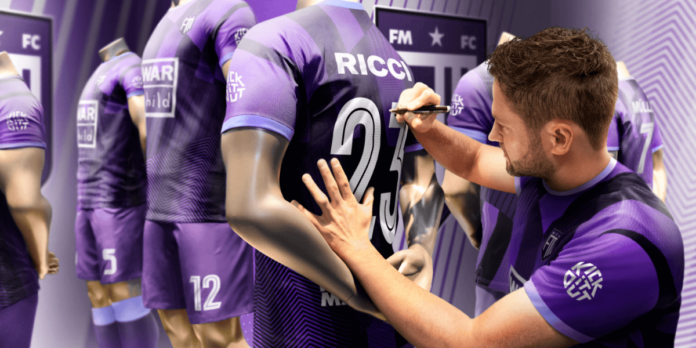 The winger has always been a pivotal position in football. The wide-men are tasked with being creative forces and contributing goals as well as assists for strikers. Every team dreams of finding the perfect wingers and Football Manager proves no different. Whether used as a pure RW or as a RAM there is no doubt you will be in search of the best young right wingers in the game. That’s why I have put together this list of youngsters for you to pick up in your saves.

Read More: FM23 Best Tactics to Use in the Lower Leagues

As someone that does a Lyon save in just about every game Rayan Cherki is a talent that I’ve had my eyes on for some time. He is once again on of the best-attacking prospects in the game and at just 19 has a lot of time to develop into the attacking force we know he can be.

One of the crown jewels of Mikel Arteta’s revitalised Arsenal side Saka has already shown his quality in the Premier League. He doesn’t improve a whole lot in FM23 but that’s because he’s already an elite right-sided winger.

No list of the best young right wingers could be complete without a Brazilian prodigy. Currently plying his trade at Santos, the club that produced Neymar, Gabriel is a diamond in the rough of Brazil’s Serie A. He’s pacey, got a good shot on him, and can dribble, he’s everything FM players look for in a wing.

At 16 years old this Bayern Munich player is a relative unknown in the world of football. Wanner primarily operates as a midfielder but has the ability to play on the right wing, and in my opinion, that’s where his skillset is best put to use. He’s fast, a good dribbler, and has a high flair rating, making him quite the on-ball playmaker int he wide areas. His potential is through the roof although he may take time to hit his peak.

One of the go-to names in FM23 is skilled, attack-minded winger Yeremy Pino. He’s got all the qualities of a game-winning player and should be able to adapt to the highest levels of competition with ease. He has quite a high release clause but it is worth it to get hold of this 19-year-old starlet.

What do you make of our list of the best young right wingers in Football Manager 2023? Any ommissions?