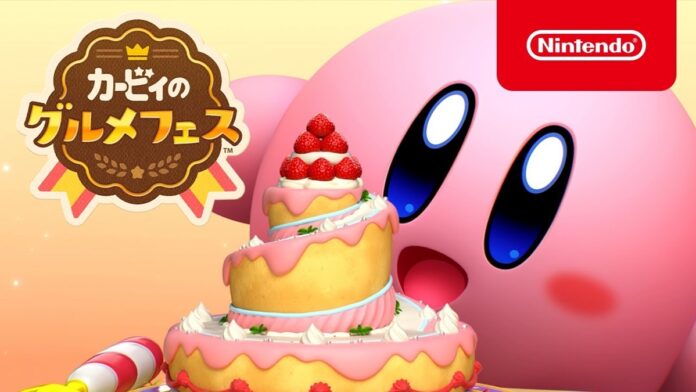 On July 12, it was announced that a new multiplayer title, Kirby’s Dream Buffet, will be arriving on the Nintendo Switch. This 4-player title tasks players with competing through various courses, earning strawberries, and utilizing familiar Kirby abilities along the way. Comparisons have been drawn to other multiplayer games, Fall Guys being perhaps the most common comparison seen. Kirby’s Dream Buffet is slated to hit the Nintendo Switch eShop later this summer. No pricing information has been made available as of this writing.

What to Know About Upcoming Multiplayer Game in Kirby Series

As mentioned earlier, Kirby’s Dream Buffet is a 4-player action title that pits multiple Kirbys against each other. In ball form, each Kirby must navigate multiple courses, collecting strawberries. As this takes place, Kirbys grow. The final round will see each player compete in a “fruity fight atop a floating platform,” which is where the tide can turn for any player, regardless of where they stack up at any given time.

Due to the frantic multiplayer nature of the game, Kirby’s Dream Buffet has drawn early comparisons to not only Fall Guys but even the Mario Party series. It’s important to note that Kirby’s Dream Buffet will be a digital-only release, so don’t expect a physical version to hit store shelves. Nonetheless, for those that are looking for a multiplayer diversion, pending reviews, this may be one of the most promising options.

Between Kirby and the Forgotten Land and now this recent announcement, it’s fair to say that fans of the Kirby series haven’t been ignored. Kirby’s Dream Buffet isn’t a terribly out-of-left-field venture for the franchise, especially given how it’s been treated as an experimental series at points. Though it’s largely known for mainline entries, starting with the original Kirby’s Dream Land, it’s ventured off into other genres, the mini golf-like Kirby’s Dream Course, racing title Kirby Air Ride, and multiplayer romp Kirby Battle Royale, just to name a few examples. It’s fair to expect that, even for a certain period, Kirby’s Dream Buffet will boast its own devoted audience as well.

Are you curious to try Kirby’s Dream Buffet once it lands on the Nintendo Switch eShop? What is your take on what we’ve seen of it so far?