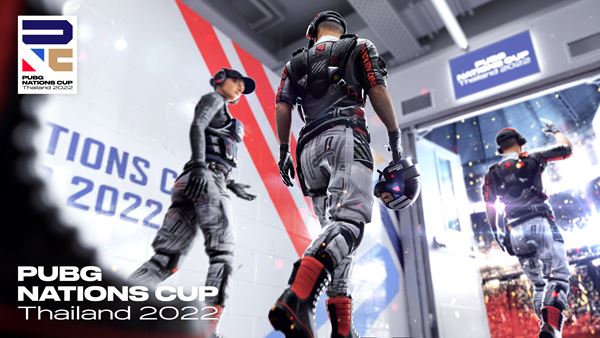 KRAFTON, Inc. has revealed the full details for the PUBG Nations Cup 2022, a global PUBG: BATTLEGROUNDS esports event where 16 national teams will compete in Bangkok, Thailand across four days for their share of a $500,000 USD prize pool.

PUBG Nations Cup 2022 returns after a two-year hiatus, running from Thursday 16th June to Sunday 19th June in Bangkok, Thailand at the TRUE ICON Hall in ICONSIAM Mall with the matches beginning each day at 1:00 PM CEST.

The event is the first PUBG Esports event to return to a live audience since the PUBG GLOBAL Championship in November 2019. To celebrate, KRAFTON is distributing free tickets on-site at the TRUE ICON Hall. The venue accommodates up to 1,200 spectators and tickets will be distributed first-come, first-served.

Europe will be represented by four formidable squads, each featuring top pro players such as Team UK’s Fexx (FaZe Clan), Finland’s mxey (Team Liquid), Myca (Thunder) from Germany, and Smash (BBL Esports) from Turkey. With passionate local support behind each team, there will be no lack of motivation to ensure the PUBG Nations Cup 2022 trophy comes home to their country at the end of the tournament.

The purse for the PUBG Nations Cup 2022 is $500,000 USD and the prize money for the top three teams will be distributed as follows:

The Pick’em Challenge returns for the PUBG Nations Cup 2022, giving viewers the opportunity to predict the final winning team. Voting coupons used to pick the winner can be purchased  by purchasing in-game skins and items themed around the PUBG Nations Cup 2022. Thirty percent of the net sales of these items will be contributed to the overall prize pool and distributed to participating teams.

Catch all of the action from the PUBG Nations Cup 2022 on the PUBG: BATTLEGROUNDS Twitch, YouTube and Facebook channels. Local broadcasts in German and Turkish will also be available.

Beat The Best To Be The Best

The PUBG Nations Cup 2022 was created by KRAFTON Inc, a collective of independent game development studios brought together to create innovative and engaging entertainment experiences for gamers across the world. The company consists of PUBG Studios, Bluehole Studio, Striking Distance Studios, RisingWings, Dreamotion, and Unknown Worlds, each with its own unique expertise.

KRAFTON is responsible for such premier entertainment properties as PUBG: BATTLEGROUNDS, NEW STATE MOBILE, The Callisto Protocol, TERA, and ELYON. As a technology-driven company that boasts world-class capabilities, KRAFTON seeks to expand its areas of business beyond games to multimedia entertainment and deep learning.

Will you be dropping in on the PUBG Nations Cup 2022?

Leave your comments below
0
Will you be dropping in on the PUBG Nations Cup 2022?x
and let us know your thoughts.
Stay tuned to Last Word on Gaming for all the latest gaming news and reviews.