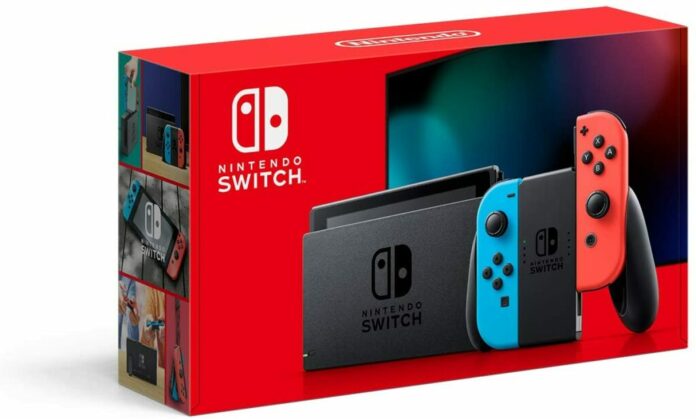 To call Metroidvania one of the most popular gaming subgenres would be an understatement. Influenced by titles in the Metroid and Castlevania franchises, the subgenre in question encourages seemingly endless exploration and consistent growth, rewarding players for playing smart and experimenting along the way. With its popularity, it goes without saying that there exists a bevy of Metroidvania games on Nintendo Switch. If you’re an owner of Nintendo’s current hybrid console, you may have already played one or more of these titles. However, for those that have yet to dip their toes into this proverbial pond, there are more than enough gems to experience for the first time. Before we begin, however, it’s important to define what a Metroidvania game is.

What, Exactly, is a Metroidvania Game?

A Metroidvania game is an action-adventure experience that emphasizes character progression and gated exploration. At the onset, there will be areas that are inaccessible to the player, which encourages them to explore other areas. As the game progresses, the player will gain new abilities or acquire items that will help traverse previously inaccessible regions. These regions make up a large world map that the player can navigate, moving from one room to the next as they take down enemies of varying difficulty levels and become stronger. Castlevania: Symphony of the Night is considered the defining Metroidvania title, though Super Metroid is also seen as a major inspiration to the subgenre.

With this brief definition aside, it’s time to discuss some of the Metroidvania games on Nintendo Switch you should try. Before we begin, however, it’s important to note that this list will not include Metroid and Castlevania titles, as these tend to be givens within the subgenre. This list will focus solely on games inspired by the Metroidvania subgenre, not directly linked to either franchise said subgenre was built off. Without any further delay, let’s take a closer look at, in no particular order, the Metroidvanias available on Switch.

With Axiom Verge originally released in 2015 and its sequel Axiom Verge 2 in 2021, this is a pair of Metroidvania games on Nintendo Switch worth playing. These games draw heavy inspiration from a number of classic games, including Metroid and Nintendo Entertainment System classics including the Contra titles. Both games adhere to the same gameplay formula of exploring worlds with gated exploration, though while the original is darker and drearier in its pixel art aesthetic, the sequel is more colorful and feels more open. It’s difficult to determine a favorite between the two because while they’re part of the same series, they still feel different enough to be considered must-plays. Both titles, developed and published by Thomas Happ Games, are Metroidvanias worth experiencing.

Developed and published by Team Cherry, and originally released in 2017, Hollow Knight is equal parts eerily beautiful and punishingly difficult. This particular Metroidvania title stars a nameless knight who traverses the underground world of Hallownest, where they encounter a vast, interconnected world to explore and several threatening enemies standing in their way. This isn’t to say that the main hero is ill-equipped, however, as new attacks and spells are earned along the adventure. Perhaps this game’s strongest feature, however, is its art style, featuring hand-drawn graphics that wouldn’t look out of place in a major animation studio. Though the base adventure is substantial, there exist multiple free content packs that expand the game, meaning you may spend more time with this seemingly haunting adventure than anticipated.

Speaking of Metroidvania games on Nintendo Switch with beautiful hand-drawn graphics, look no further than both Ori and the Blind Forest and Ori and the Will of the Wisps. Developed by Moon Studios and published by Xbox Game Studios, the Ori games are arguably the most emotionally gripping Metroidvanias on any platform. Once the player is introduced to Ori, as well as the game’s cast of characters, it’s difficult not to become hooked. The player controls Ori, who can jump and climb with ease, and their ally, Sein, who can be used for combative techniques. Both Ori games never become too difficult, which makes them among the most approachable Metroidvanias. This isn’t to take away from this series, however, as it’s worth diving into regardless of one’s experience level.

When discussing games that are the Metroidvania subgenre distilled into its simplest form, look no further than Gato Roboto. This 2019 title, developed by Doinksoft and published by Devolver Digital, stars a cat named Kiki who explores a planet to save her owner. Gato Roboto consists of two main gameplay modes: Kiki by herself and Kiki inside of a mech-suit. While the aforementioned mech-suit affords the protagonist with weapons such as machine guns, Kiki on her own is defenseless, meaning that she must be quick to avoid danger and steer clear of threats. Admittedly, Gato Roboto may not do much to reinvent the Metroidvania subgenre, though it doesn’t have to. Simply put, this is a fun experience that, despite its innocent appearance, may put up more of a challenge than it lets on.

The Steamworld Dig series prides itself on underground traversal and boasts undeniable charm in the process. Both games are part of the larger Steamworld series, created by Swedish developer Image & Form. The first Steamworld Dig title was originally a Nintendo 3DS title released in 2013 but it found new life on the Nintendo Switch in 2018. Meanwhile, its sequel made its way to Switch in 2017 before landing on 3DS the year after. Once again, this is a situation where it’s difficult to pick one title as a favorite over the other. While the sequel expands upon the original, it never quite takes the place of the original, which is still one of the easiest Metroidvanias for newcomers and veterans of the subgenre alike to get into. These are Metroidvania games on Switch worth playing.

Gameplay-wise, the previous Metroidvanias fit a similar bill as 2D action games. This is where Yoku’s Island Express, released in 2018, vastly differs. This particular Metroidvania title was developed by Villa Gorilla and published by Team17, but more importantly, it incorporates another unlikely genre in near seamless fashion. Yoku’s Island Express plays like a Metroidvania-pinball game hybrid, tasking the player with using pinball flippers, bumpers, ramps, and the like to traverse the game’s colorful world. To the uninitiated, it may seem like a clunky gameplay design, but in execution, it works incredibly well. Off the beaten path, to be certain, but when discussing interesting Metroidvanias and video games in general, Yoku’s Island Express is worthy of a conversation all its own.

These are just a handful of the Metroidvania games on Nintendo Switch you should try. In fact, there are others that, while not discussed in detail here, are worth your time and investment. The Guacamelee! series, for example, is a treat for both Metroidvania and professional wrestling fans. Dead Cells is another great modern example of the Metroidvania subgenre, utilizing procedurally-generated levels and boasting a high level of difficulty. Bloodstained: Ritual of the Night is not only heavily inspired by Symphony of the Night but development was led by former Castlevania series producer Koji Igarashi, also known as IGA. When it comes to the Switch’s Metroidvania offerings, there’s no shortage to be seen.

What is your favorite of the Metroidvania games available on Nintendo Switch? Did we leave a favorite of yours out?