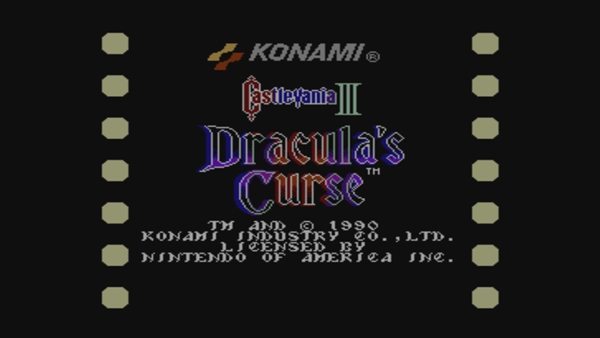 Gaming has a rich history that spans multiple decades. To this end, The Last Word on Gaming Backlog is a series that looks back on titles across all generations. From the golden 8-bit era to the landscape-changing 64-bit scene and beyond, The LWOG Backlog’s aim is history. In this entry, we take a look back at the Nintendo Entertainment System as it closes out its trilogy of gothic side-scrolling action games with Konami’s Castlevania III: Dracula’s Curse.

It’s a Cursed World We Live In

Castlevania II: Simon’s Quest was seen as a polarizing entry in the larger franchise. While this particular entry was ambitious in its somewhat open-ended setting, it proved to be too cryptic for the majority of players. When looking back on the Castlevania games for the NES, the original seems to be the one that’s most fondly remembered. While this isn’t without merit, Nintendo’s 8-bit home console saw one final entry in the franchise, and depending on who’s asked, it may be the best of the ones said console has to offer. Enter Castlevania III: Dracula’s Curse, developed and published by Konami. It was released in 1989 in Japan, 1990 in North America, and in Europe in 1992.

Though Simon’s Quest attempted to infuse the franchise with unique gameplay elements, Dracula’s Curse brought the series back to form. This isn’t to say that the third entry is a mere retread, however, as we will discuss in greater detail shortly. In fact, for many Castlevania fans, the third entry is their favorite, not only on the NES but in the franchise at large. Considering how many titles have been released on subsequent platforms since then, this speaks volumes. How does Dracula’s Curse hold up? Let’s take a closer look.

Castlevania III: Dracula’s Curse is a prequel to the original Castlevania on NES. Set 100 years prior to the birth of Simon Belmont, the series’ original protagonist, Count Dracula has assembled an army of evil, his goal being to eliminate humankind and envelope Europe in darkness. As Trevor Belmont, the forefather of Simon, the player’s goal is to fight through Dracula’s forces before finally overcoming the nefarious Count. Trevor won’t be alone, however, as he’ll partner with 3 other vampire hunters to bring peace back to the country.

As one can see, this story is unique in that it doesn’t focus on Simon Belmont. Rather, the game takes place a century before his birth, as it’s Trevor Belmont that takes center stage. Furthermore, the inclusion of three new playable characters – pirate Grant Danasty, sorceress Sypha Belnades, and the son of Dracula himself, Alucard – expands upon the lore of the Castlevania series. Alucard, in particular, would become a fan-favorite character, even starring in the original PlayStation classic, Castlevania: Symphony of the Night.

As mentioned earlier, Castlevania III: Dracula’s Curse brings the series back to form as an action platformer. Throughout the game’s 16 stages, the player must battle the evil forces of Dracula, ranging from simple monsters like skeletons and bats to imposing bosses including the Skull Knight, Cyclops, and Frankenstein’s Monster. However, the game is somewhat non-linear, the player able to take different paths that branch off. This incentivizes players to replay the game, traveling down paths that they initially ignored.

Further increasing Dracula’s Curse’s replayability – and another quality that gives this game its unique identity – is the cast of supporting characters alongside Trevor. As the game progresses, the player can join forces with the following characters: Grant, Sypha, and Alucard. Each character possesses unique traits; Grant climbs walls, Sypha harnesses magic spells, and Alucard shoots projectiles and transforms into a bat. Not only does each character assist Trevor, providing abilities he lacks on his own, but the ending of the game changes based on who Trevor has with him at the time.

The Castlevania series is known for its difficulty and Dracula’s Curse fits like a glove. In fact, it’s largely due to this difficulty that the player could find themselves playing for an extended period. However, the punishing nature of Dracula’s Curse is part and parcel of many NES classics. Ergo, a newcomer must come into this game expecting a challenge. If they do, they’re in for one of the hardest NES games and, more importantly, among the most rewarding.

From a visual standpoint, Castlevania III: Dracula’s Curse falls in line with its predecessors. In other words, it successfully captures a gothic mood and aesthetic in 8-bit form. Despite being over three decades old, this game’s attention to detail can’t be denied. From the moss-covered walls of castle interiors to elegant stained glass walls to murky caverns, there was no expense spared from a visual standpoint. When it comes to art style alone, Dracula’s Curse stands out on the NES.

Dracula’s Curse is solid from an audio standpoint, too. While its soundtrack may not be as memorable as the first or even the second game, this third entry presents a soundtrack that’s equal parts chilling and action-packed, further capturing the mood of the franchise. The four-person team credited with this game’s composition is made up of Hidenori Maezawa, Jun Funahashi, Yukie Morimoto, and Yoshinori Sasaki. These individuals have solid credits in their own rights; to name a few examples, Maezawa worked on NES classics including Life Force and Contra and Funahashi worked with Konami for years, earning credits ranging from Contra Force on NES to Batman Returns on Super Nintendo.

At the risk of sounding repetitive, Castlevania III: Dracula’s Curse is a difficult game. Thus, unless one is a seasoned player, having played Dracula’s Curse time and time again in their youth, one may spend as long as 14 to 15 hours grinding through the game’s various levels before they reach the end credits. Keep in mind that this statistic can vary based on multiple playthroughs, whether a player wishes to see the game’s additional endings or take different paths. When it comes to the Castlevania game on NES with the highest replayability, Dracula’s Curse may very well take home the proverbial gold.

Castlevania III: Dracula’s Curse was well received, with certain publications considering it one of the best NES games. It took the established formula from the original title and brought it to the next level, not unlike what Super Mario Bros 3. did in regard to the original Super Mario Bros on the same console. Dracula’s Curse was the final Castlevania entry on NES and it ended the trilogy on a high note. The fact that this game was made available on other platforms, such as Nintendo’s various Virtual Console services and the current Castlevania Anniversary Collection, only aided its longevity.

By the time Dracula’s Curse hit store shelves, gaming was already deep into the 16-bit generation, the SNES and Sega Genesis being the two top players. Castlevania saw entries on both platforms, including Super Castlevania IV on SNES and Castlevania: Bloodlines on Genesis; both titles are worthy of their own retrospectives. When looking back on Dracula’s Curse, one would be hard-pressed to look at it as anything other than a classic. However, one must be cognizant of its challenge factor before starting the first stage.

Have you played Castlevania III: Dracula’s Curse and if so did you enjoy the game?