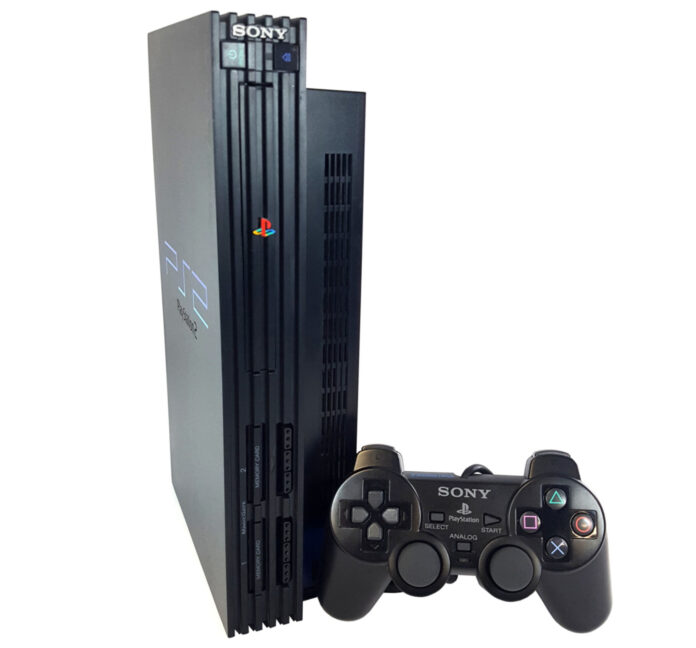 The PlayStation 2 is the best-selling video game console of all time with somewhere in the neighborhood of 155 million units sold. The sixth-generation game console also had a long life cycle as it sold worldwide from 2000 to 2013. The console had over 3,800 games released over its lifecycle. Let’s take a look at some of the best selling Playstation 2 games during the console’s lifecycle.

The conclusion of the Grand Theft Auto PlayStation 2 trilogy tops the list of best-selling PS2 games of all time. It goes to show that interest in GTA skyrocketed after the first sixth generation of gaming release in the series Grand Theft Auto III (more on that later). The game was released cross-platform and was a hit on the original Xbox as well. It sold 1.46 million Xbox units ranking 10th in all-time in original Xbox game sales. Although it is the best-selling PlayStation 2 game of all time, it is not the best-selling PS2 exclusive of all time.

Gran Turismo 3: A-Spec takes home the title of best selling PS2 exclusive game. Releasing in the summer of 2001, Gran Turismo 3 was released in the first full summer of the PS2 worldwide lifecycle. The first Gran Turismo game on the PS2 showed a significant improvement in graphics and in the number of drivable cars. Much like its predecessors, the goal of the game is to complete all races and acquire all in-game licenses. The game was released to acclaim from fans and critics alike which likely helped the next game on the list earn its spot.

The critical and commercial success of Gran Turismo 3 helped build the hype for Gran Turismo 4. The game sold over 11 million copies and closed out the Gran Turismo series on the PS2 as the sequel was released exclusively on the PlayStation 3. Gran Turismo 4 added the B-spec mode which allowed gamers to control the car from the perspective of a crew chief. They were also able to speed up the race time making endurance races shorter. The driving missions were also added which played out similarly to the license tests. This gave gamers different ways to experience Gran Turismo on the PlayStation 2.

The second in the Grand Theft Auto trilogy comes in as the fourth best-selling game on the PS2. This further proves the point that Grand Theft Auto III set the series off on the right foot for the sixth generation of gaming consoles. This saw the series head to Vice City which is heavily influenced by Miami Florida. Set in 1986 gamers take the role of Tommy Vercetti as he builds a criminal empire following the completion of his 15-year prison sentence. The game was extremely well received by gamers and critics alike and added another storied entry into the franchise.

Released in the holiday season of 2001, Final Fantasy X was the first Final Fantasy to come to the PlayStation 2. Final Fantasy X saw a few firsts for the series such as voice acting and utilization of 3D as opposed to pre-rendered backdrops. Final Fantasy X also introduced the sphere grid for level advancement. The game was incredibly well received and spawned a direct sequel, Final Fantasy X-2 which was a first for the Final Fantasy series as each game takes place in its own self-contained universe.

The first in the trilogy that has three spots in the top ten best selling PlayStation 2 games of all time. The first Grand Theft Auto on the sixth generation of gaming consoles, Grand Theft Auto III lands at number six on the list. Grand Theft Auto III takes place in Liberty City which is based on New York City. Gamers take control of Claude who is on a quest for revenge following his escape from prison and betrayal by his girlfriend during a bank robbery. Liberty City is completely explorable in this open-world third-person action-adventure game.

The Metal Gear Solid franchise arrived on the PlayStation 2 for the first time in November of 2001 with Metal Gear Solid 2. Gamers retake control of Solid Snake following the Shadow Moses incident. Following what appears to be his death on a tanker carrying a new Metal Gear, players take control of Raiden as his character arc unfolds. The game sold over 7 million units and had the expanded “Substance” version released in 2002. The game continued to stealth action gaming that the franchise had become known for while exploring new settings.

Tekken 5 was the second game in the Tekken franchise to be released on the PlayStation 2. The long-running and storied fighting franchise returned to the PS2. Featuring a minigame entitled The Devil Within that follows series regular Jin Kazama as he tries to information on his missing mother. The main story in the game takes place shortly after Tekken 4 and follows the King of Iron Fist Tournament 5 as many games do within the Tekken series.

The second Final Fantasy in the top 10, Final Fantasy XII sold 6 million copies on the PlayStation 2. The game introduced a few new things to the storied franchise such as open-world exploration, the ability to control the camera angle, and a seamless battle system. The game also did not have random battle encounters which was a departure from previous titles in the series. The game follows six different main playable characters as they explore the world of Ivalice.

Rounding out the top 10 list is Kingdom Hearts. The role-playing game saw a mix of characters from both the Disney universe and Final Fantasy universe team up with protagonist Sora as they make their way through Disney-themed worlds to find King Micky and stop the Heartless from taking over worlds. The game spawned sequels across the PlayStation 2 and other consoles with a fourth main installment on the way.

Although not in the top 10 other games sold well on the PlayStation 2 that made significant contributions to the console. God of War for example came in at 14th with 4.6 million units sold. Jak and Daxter: The Precursor Legacy came in at 17th with over 4 million units sold. The system had a long life cycle that hosted some of the most memorable games in gaming history.

What were some of your favorite PlayStation 2 games? Did you play any of the best selling Playstation 2 games ever? Leave your comments in the comments section below and let us know your thoughts!