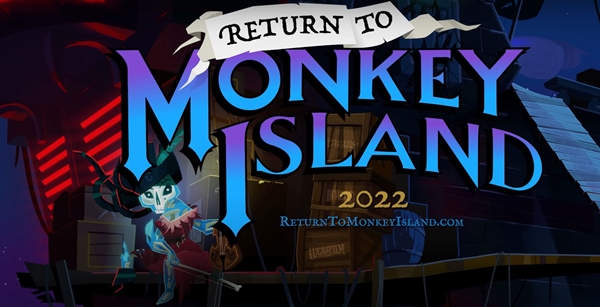 In one of the most surprising video game announcements of 2022, it was revealed that Return to Monkey Island would be coming sometime this year. As the follow-up to 90s point-and-click adventure titles Secret of Monkey Island and Monkey Island 2: LeChuck’s Revenge, it’s fair to assume that this newest title will follow the same formula. Such information as specific platforms the game will arrive on is still unknown.

What to Know Regarding Newly Announced Follow-Up

This upcoming Monkey Island title is a collaboration between Ron Gilbert’s Terrible Toybox as well as Devolver Digital and Lucasfilm Games. Stay tuned to Last Word on Gaming for more information about this title as it becomes available.

Even with little information being made available, as of this writing, it’s easy to see why old-school gamers and fans of the point-and-click genre would be excited for this announcement. Whether Return to Monkey Island can live up to the standard set by the larger Monkey Island franchise remains to be seen, but with Ron Gilbert being part of the project, there is a level of optimism to be seen. Furthermore, this title would fit well on various platforms, including the Nintendo Switch, which has no shortage of retro compilations and throwback titles to enjoy; Return to Monkey Island would not look out of place.

Get a Free Cromwell B Tank and Loads of Other Goodies...