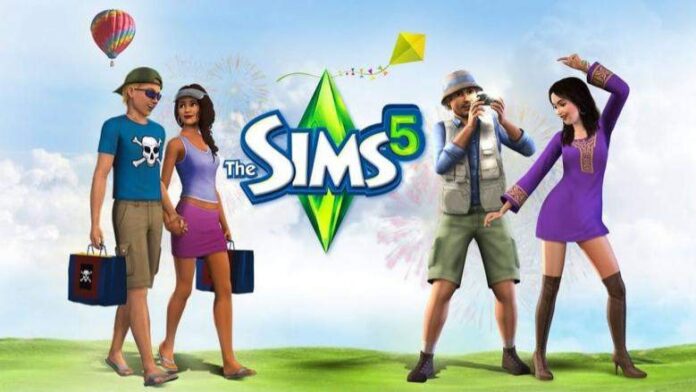 The Sims 5 is in development, and it’s got me (and many other players) thinking. What do I really want from another game in the series? What would I want from a multiplayer mode? And what can we realistically expect?

The main things that I would like from The Sims 5 are based mostly on the things I have longed for in The Sims 4. Starting with the most obvious:

The Sims 5 Development Has Begun, and It Needs A Solid Base Game

Problems With The Sims 4

There are many problems with The Sims 4. Being involved in the community is a rollercoaster ride of drama. I could write a dissertation about the problems we’ve had at this point. But The Sims 4 had a major issue right from the start: the base game itself.

If you played The Sims 4 on launch, you’ll know what I’m talking about. It felt barren. The neighbourhood maps were bare, with hardly any empty lots (a problem that I’ll talk more about later).

The worst thing was that it lacked some of the staple features of the series. Hot tubs. Swimming pools (a massive letdown to those of us who love to torture our sims using the ‘pool ladder removal’ method). Toddlers. Maids. Where did they go? While some of these were added in later updates, it was odd that so many iconic features were missing at the start.

I’d say you need to buy at least two packs to enjoy The Sims 4 fully. Seasons creates a rhythm to the game that makes it so much more realistic to play, breaking up some of the monotony and introducing a bit of unpredictability in the form of weather conditions.

Plus, if you want to play with families, Parenthood is the only way to do it. Without it, you’re missing huge features like character values for kids, the Parenting skill, and school-related activities. In my opinion, these two packs could have been built into the game at the beginning, and it would have made the base game a much better experience.

If you wanted to buy all The Sims 4 expansion packs, it would cost me a small fortune. Expansion Packs come in at around £34.99 at full price, and there are 11 of them at the time of writing. Game Packs are £17.99 at launch, with 11 of those, too. Finally, you have Stuff Packs, at £8.99 each, of which there are currently 18. That adds up to nearly £750. Obviously, there are sales, and you can pick up bundles, but you get my point: that’s ridiculous, especially given some of the packs are really lacking in content.

I get why they need to exist, but I really dislike branded content in The Sims. Journey to Batuu was a blatant cash-grab, and it wasn’t even particularly fun to play.

I know this sounds like a rant on my part (and it is), but to give you a hint about how the community felt about this, the Journey to Batuu trailer got a stonking 102,000 dislikes to 40,000 likes with a huge backlash almost immediately.

The reason why people were so angry about this wasn’t the fact that it was a niche pack. Niche packs can be really fun. The backlash came because the game was still missing features that fans had been begging for right from the start – cars and farming are the main two that spring to mind.

I hope that, when we get to the expansion pack stage for The Sims 5, they listen to the community, providing them with the key packs they’re really asking for and prioritising those over the heavily sponsored packs.

I’ve been throwing a lot of shade at The Sims team at this point, so I want to drop in a more positive note here. The Sims, in general, has always been fairly LGBT friendly, and there is a huge array of choices available. They’ve also been working hard on improving the selection of skin tones in the game (although, obviously, these should have been better to begin with).

However, I’d really love to see people with disabilities represented in The Sims 5. Wheelchairs, guide dogs, and other mobility aids would be excellent to see in the game and would allow more players to see themselves represented without having to rely on mods.

Firstly, we want more lots. With The Sims 5 development well underway, I’ve got my fingers crossed for this. There’s no good reason to have so few customizable lots in each neighbourhood.

Also, for the love of all that is good and pure in the world, I’d like to avoid another ‘toddler ball pit’ scenario. (Look it up on YouTube. It’s a wild ride). No more crappy textures and lazy copy-and-paste clothing in stuff packs! Especially if you expect me to spend over $700 on them.

I’ve heard a few people in the community describe The Sims 4 as ‘wide but shallow’, and I think that pretty much sums it up.

You can, theoretically, do almost anything in The Sims 4. You can be abducted by aliens. You can become a vampire. You can attend a magic school. You can make robots. You can be killed by a folding bed. And yet, there’s something about the gameplay that just doesn’t feel as fun as it should.

I was 12 when I played the original game, but if my memory serves me well, there was a genuine sense of peril. You never knew when your sims would be robbed or go bankrupt. It was a challenge just to get them to stay alive and get to the top of their career path, let alone manage anything else.

There are moments when The Sims 4 is totally unputdownable, so I do think they’re doing something right. I’d love to see more complex sims. I’d like to see them surprise me more. And I’d like to get some of that peril back. I’m not sure what stage of The Sims 5 development is at, but I’m hoping they get some of the original magic back.

The Sims community is passionate. (Maybe sometimes a bit too passionate.) Many of us have been playing these games since childhood. We know that there’s something brilliant about them, and our standards are high because they were set by Maxis back in the day.

For me, the essence of The Sims series is this: humans are weird. Observing that weirdness continues to feel like a joy, despite my frustrations with the game in general.

Fingers crossed that The Sims 5 will bring us, if not everything we hope for, at least some of it. With no confirmed release date, we might be waiting for a while longer yet as the Sims 5 development stage continues.

What do you want now that Sims 5 development has kicked off?
0
What would you like to see next from the seriesx

You Should Be Playing Pokémon Café Mix