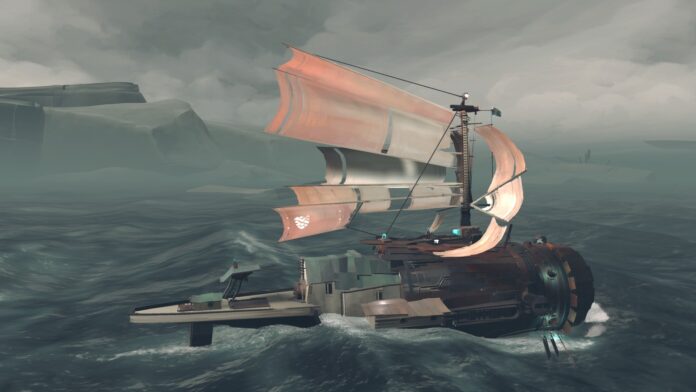 From developers, Okomotive and Frontier Foundry comes FAR: Changing Tides released today as the next installment in the FAR universe. FAR: Changing Tides will be accompanied by the companion title FAR: Lone Sails, and will focus on a flooded landscape in a post-apocalyptic world. Additionally, the game’s soundtrack is available for purchase from the website for $11.49, with sample songs ready for download. This next installment is available for the Xbox One and X/S Series, Playstation 4 and 5, the Nintendo Switch, and PC.

What Does the Launch Trailer Tell Us?

A post-apocalyptic world has never looked so beautiful. The serenity of a water-filled environment is accompanied by painting-styled art. Players get a massive world to explore as they captain a ship to rediscover life and hope after tragedy. The music is peaceful and will definitely help with the puzzle-solving aspects of FAR: Changing Tides. Of course, an adventure is not one without adversity as the end of the trailer shows via a giant tidal wave. The Launch Trailer unveils a lot in a short span but avoided spoiling any major plot points or storylines.

Words From The Developers

Lead Designer and Okomotive Co-Founder, Dan Schmocker believes fans will fall in love with this new adventure, “Our development journey has ended for FAR: Changing Tides has ended but we can’t wait to see how our players experience their journey in this wonderful world.” Senior Director of Publishing and Commercial, Chad Young gives full credit to the pass of the team, “We gave the studio our support, and their vision has resulted in a game that is both beautiful and emotional, and we couldn’t be more proud of them.”

Experience the new Launch Trailer below and get ready for an adventure unlike any before.

Metal Tales: Overkill Announced – Coming This April to PC and...

Deathloop Reviews: What The Critics Are Saying