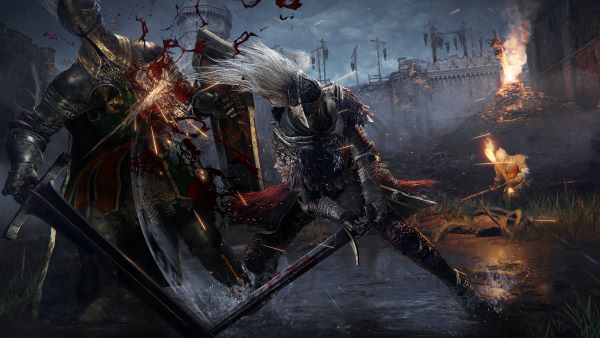 Elden Ring is the latest release from well-known devs FromSoftware. Not only does it have the backing of the team that made the Dark Souls games, but it was also partly written by the legendary Gorge R. R Martin. Elden Ring has even won awards for being the most anticipated game release in some time. Let’s take a look through the current Elden Ring reviews to see if the game lives up to its massive hype.

Taking a look at Opencritic, Elden Ring has received an unbelievable reception. As of this writing, it is in second place on their highest-rated games of all time, just behind Super Mario Odyssey in first. What makes this game so special? Let’s take a look

Almost every review praises the open world of the game, with a number comparing it directly to Beathe Of The Wild. One of the major shifts in the industry over the past decade has been the embrace and perfection of open-world games and all they can accomplish. If this game is earning comparisons to BOTW then it is no doubt one of the most adventurous games in recent memory.

One other thing that stands out about the reviews is that they point to a standard FromSoftware formula being improved. One such formula is the “relentlessly challenging combat” which people have come to know and love about FromSoftware releases. What gives me hope is that a number of reviews also specify that this game is also accommodating and accessible while retaining the difficult nature that people love.

What really jumps out to me about the Elden Ring reviews are the superlatives thrown towards the game. “best game ever made”, “grandiose”, “masterful”, “fascinating, special, and unforgettable”. It is clear that this game is a masterpiece of gaming that culminates years of improvements made by the creators of Dark Souls.

Fans of the Dark Souls and Bloodborne series can rejoice as Elden Ring seemingly delivers everything they have come to know and love about FromSoftware games. Putting the mechanics into a beautiful open world is a recipe for one of the best games in recent memory.